The state-controlled Channel One broadcast images said to have come from either British or US satellites, and allegedly showing a Ukrainian fighter jet shooting down the Malaysia Airlines’ plane on July 17.

But web experts claimed the picture was a “crude forgery” pointing out the Malaysia Airlines’ logo was on the wrong side, and the image was a direct copy of a publicity shot of a Boeing 767, not even a 777.

Here is the high resolution “photo’: 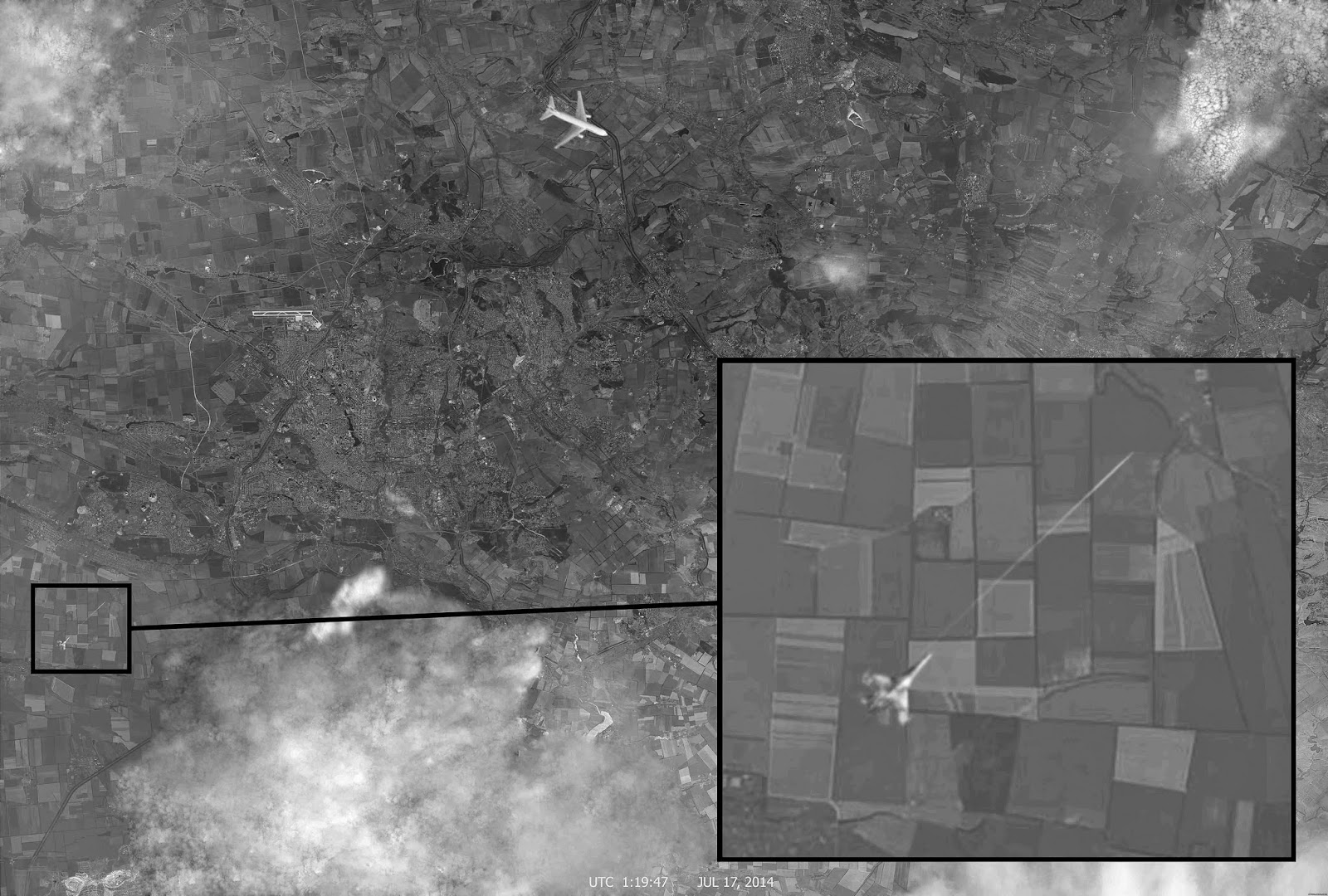 Looks like in this new MH17 satellite “evidence” the position of the Malaysia airlines logo is in the wrong place pic.twitter.com/evNY20AMvA
— Brown Moses (@Brown_Moses) November 14, 2014