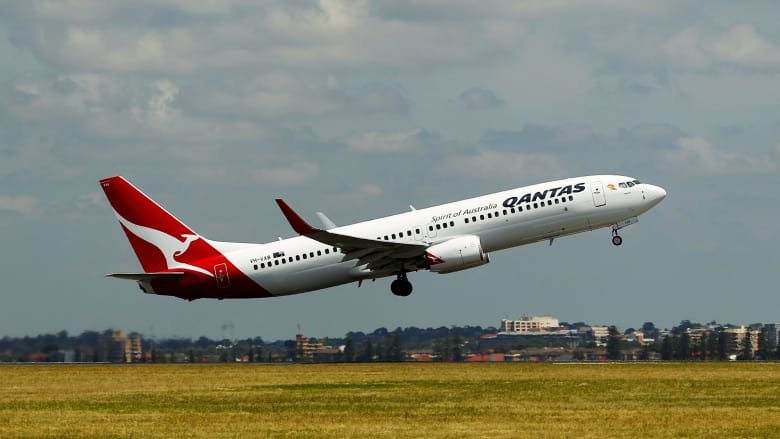 The plane was flying from Brisbane to Melbourne Wednesday night when the crew received a “wing body overheat warning” according to News Ltd. This resulted in a loss of cabin pressure. The crew donned oxygen masks and descended to 20,000 feet while over the town of Narrandera in southern New South Wales.

The First Officer became incapacitated resulting in the captain descending to 8000 feet and making an emergency landing in Canberra just after midnight. Both pilots were taken to hospital as a precaution.

A Qantas spokesperson told the Sydney Morning Herald, “The Boeing 737 freighter diverted into Canberra on Wednesday night following a fault with the on-board air conditioning system that affected the ability to maintain pressure in the cabin. The aircraft landed normally in Canberra and the pilots went to hospital as a precaution. They were discharged shortly after.”

The flight was operated by Express Freighters Australia, a wholly owned subsidary of Qantas Freight, which is a subsiduary of Qantas.

The ATSB will collect and examine evidence including the flight recorders and interviewing maintenance and flight crew. A final report is expected by the end of the year. Qantas will also begin their own investigation.