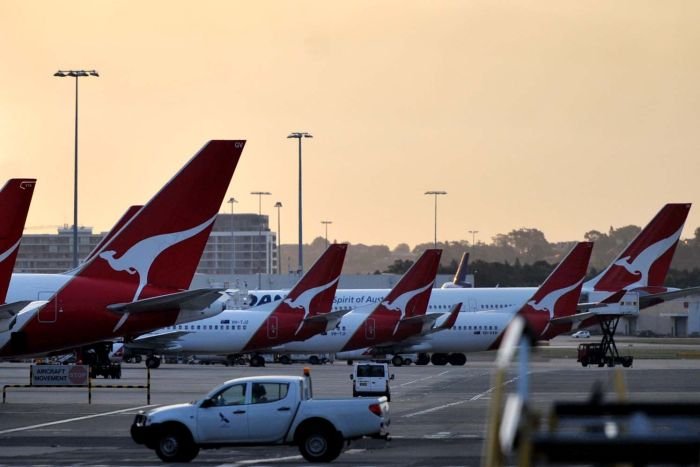 The Qantas Group has announced it is slashing international capacity by 90% and domestic capacity by 60% until the end of May. The cuts will be phased in from the end of this month with routes to be affected announced in the next several days. The move will see 150 aircraft grounded, including most of the wide-body fleet.

The Group intends to use paid and unpaid level to manage staff during the capacity reductions. Some domestic passenger aircraft will be used for freight only flights. Qantas freight is unaffected.

As a result of significant falls in travel demand due to Coronavirus, and new government restrictions across multiple jurisdictions in recent days, Qantas and Jetstar will make further and much larger cuts to domestic and international flying schedules.

To be phased in from the end of March 2020 onwards:

Despite the deep cuts, the national carrier’s critical role in transporting people and goods on key international, domestic, routes will be maintained. This includes using some domestic passenger aircraft for freight-only flights to replace lost capacity from regular scheduled services. Qantas’ fleet of freighters will continue to be fully utilised.

The precipitous decline in demand and resulting cuts to flying mean that the Qantas Group is confronted with a significant labour surplus across its operations. Travel demand is unlikely to rebound for weeks or possibly months and the impact of this will be felt across the entire workforce of 30,000 people.

The Qantas Group is working to manage this impact as much as possible, including through the use of paid and unpaid leave. This will be in addition to measures already announced, including three months of no pay for the CEO and Chairman, significant pay cuts for Group Executive Management and Board members, and cancelling of annual bonuses and an off-market buy back.

The Group has issued a wide-ranging booking waiver for customers wanting to suspend their travel plans.

Customers with existing bookings on any domestic or international flight until 31 May 2020, who no longer wish to travel, can cancel their flight and retain the value of the booking as a travel credit voucher. This needs to be processed by 31 March 2020.

Customers who make a new domestic or international booking and later decide they no longer wish to travel, can cancel their flight and retain the value of the booking as a Qantas travel credit or Jetstar travel voucher. This applies to bookings made from 10 March 2020 until 31 March 2020 for travel before 31 May 2020.

Qantas customers should visit Manage Booking on Qantas.com, select ‘Cancel’ and then ‘Voucher’.
Jetstar customers should go to Manage My Booking on Jetstar.com.
If flights were booked through a travel agency or third-party website (e.g. Webjet, Booking.com), customers will need to contact them directly to make changes to their booking.