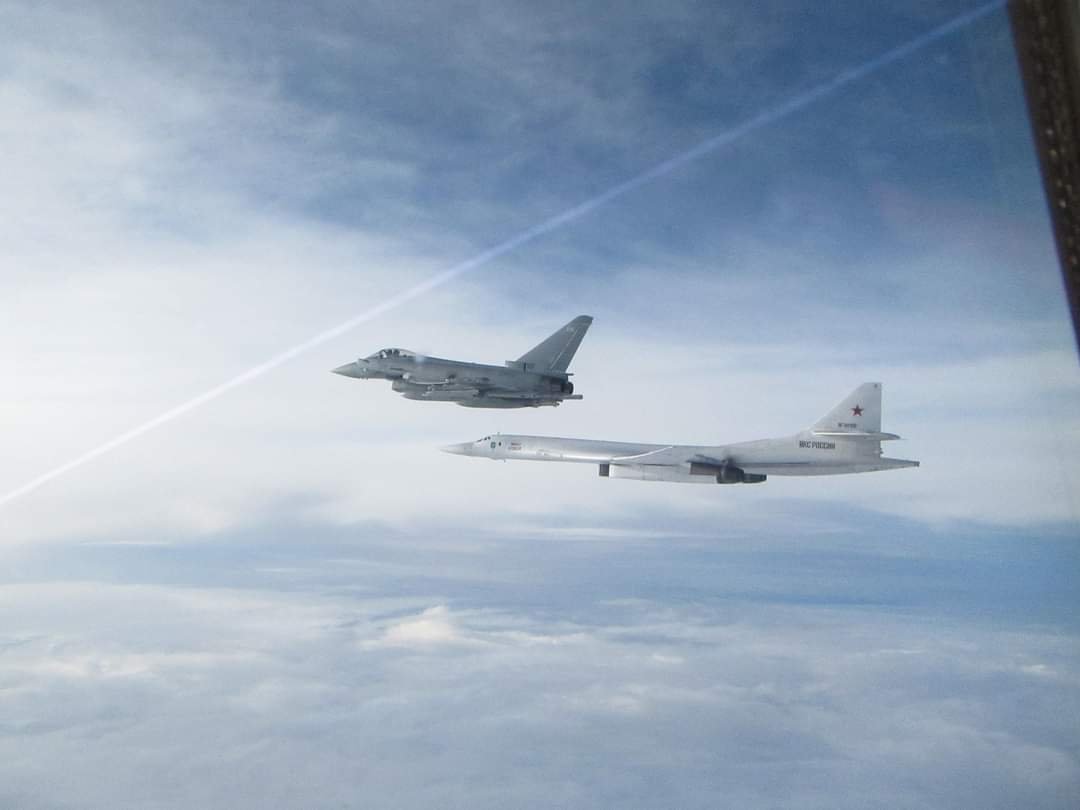 Typhoon planes from the British RAF intercepted two Tu-160 bombers as tensions mounted on Russia’s doorstep, it has been confirmed.

RAF Typhoons from bases at Lossiemouth and Coningsby were launched against unidentified aircraft approaching the UK area of interest.

In a statement, the MoD said: “Quick Reaction Alert Typhoon fighters based at RAF Lossiemouth & Coningsby were scrambled today against unidentified aircraft approaching the UK area of interest.