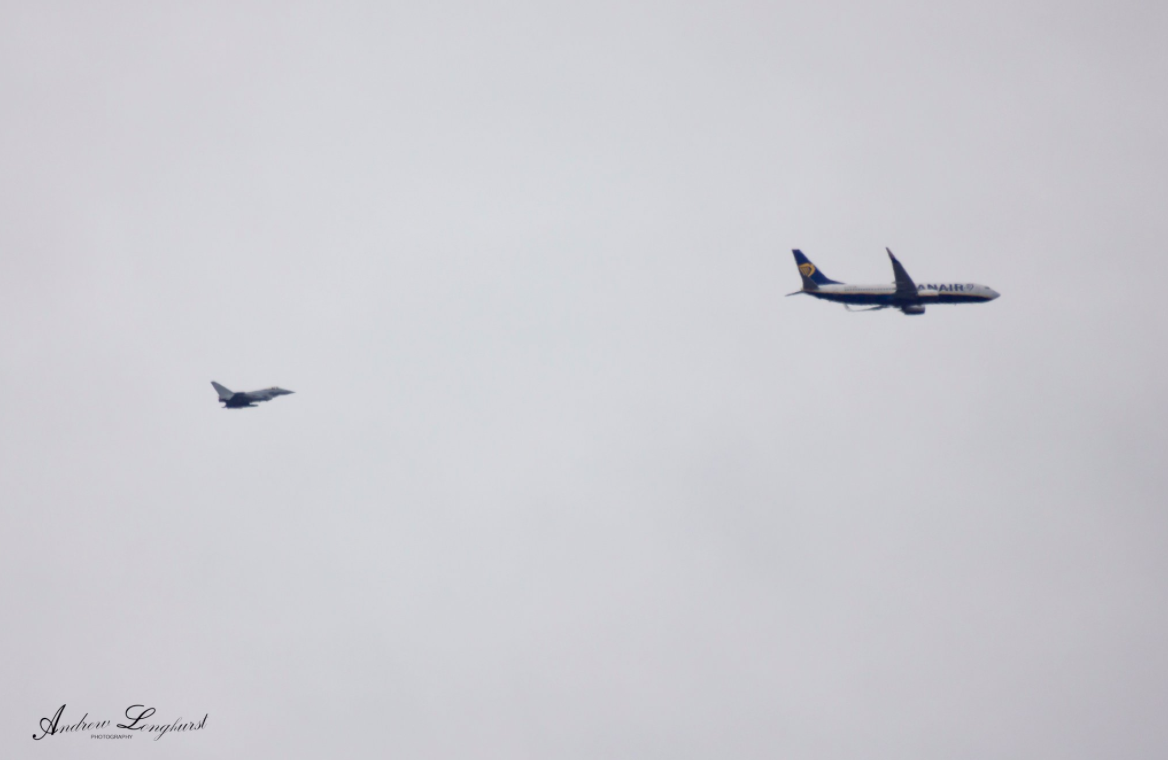 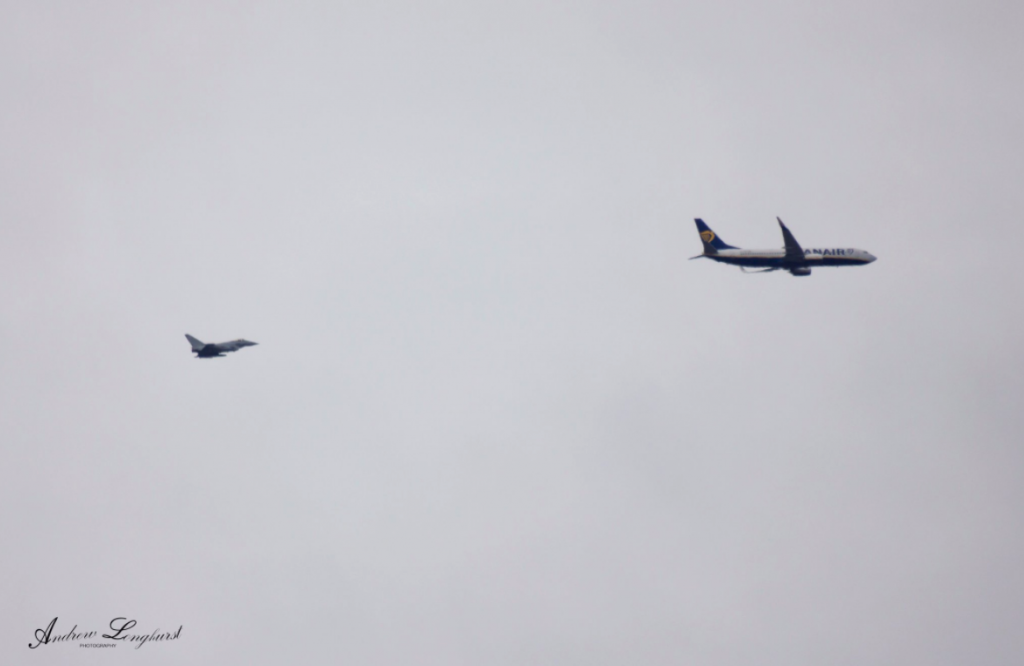 A sonic boom was heard over Suffolk, resulting in many people calling emergency services to report an explosion.

London Stansted is the default airport in case of security threat.