BREAKING Runway 23R closed at Manchester airport due to incident 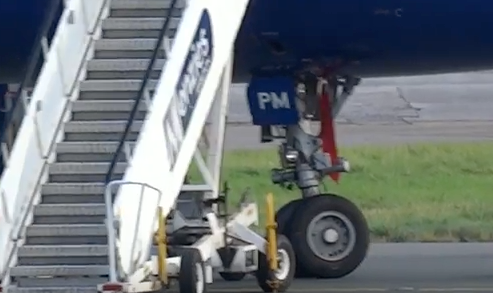 Manchester runway 23R is closed due to an incident during landing. British Airways Airbus A319 (reg.G-EUPM) flight #BA1370 from London suffered nose gear damage during landing. The aircraft is still stuck on the runway. All flights arrivals and departures are now on runway 23L.