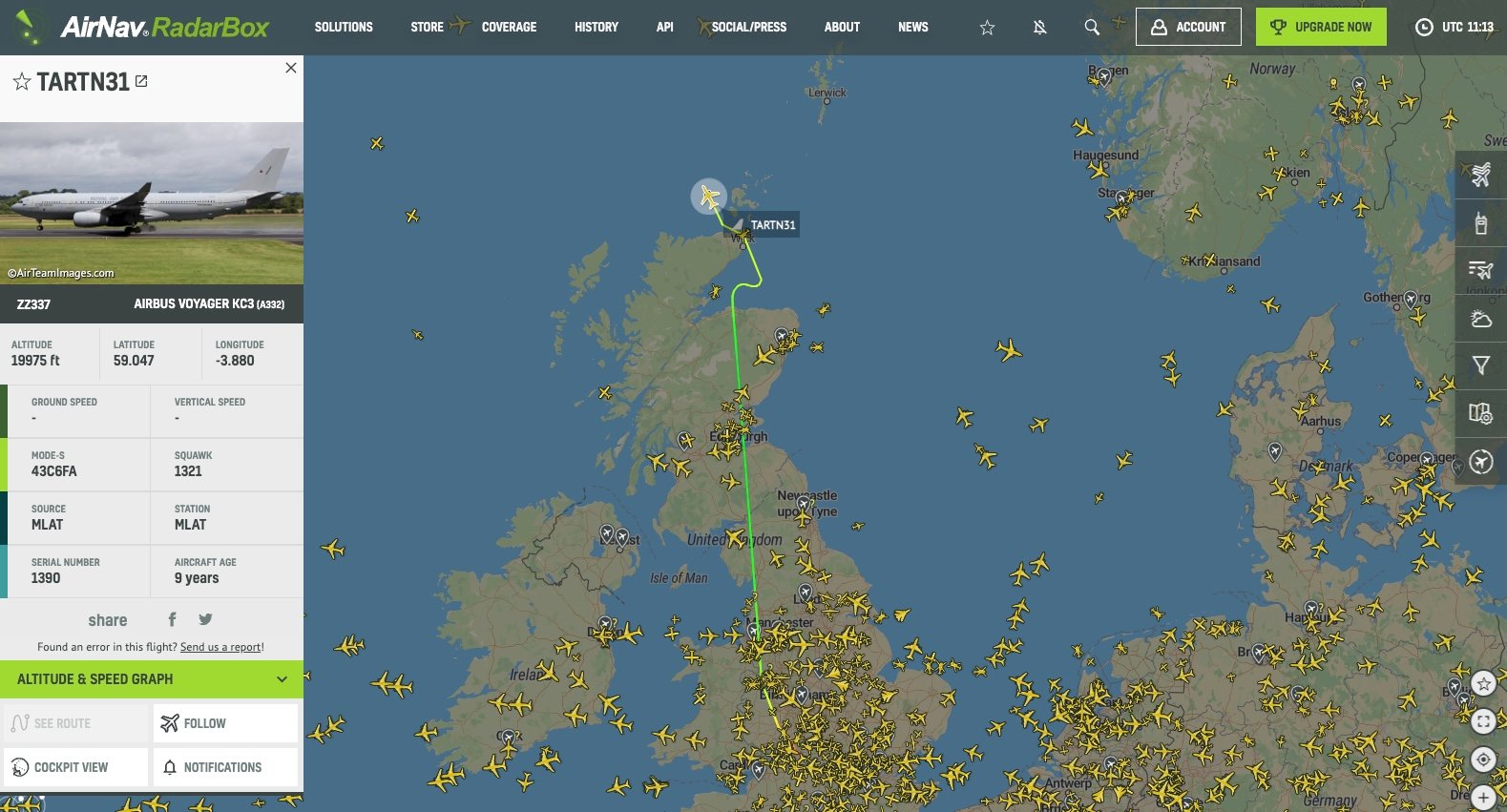 A Quick Reaction Alert (QRA) mission is currently in progress.

RAF Typhoon jets have been scrambled to intercept Russian aircraft, North of UK.

A RAF tanker has also been scrambled from RAF Brize Norton.

Open source intelligence specialist @mm0ndx has confirmed that at least 3 bombers are in the air with the support of 3 tankers and an A-50 AWACS aircraft. https://t.co/gd8TLrTHo5

A source says at least 3 bombers in the air with the support of 3 tankers.

“Quick Reaction Alert Typhoon fighters from RAF Lossiemouth, supported by a Voyager Tanker from RAF Brize Norton, have been launched against unidentified aircraft approaching the UK area of interest. We will not be offering any additional detail on this ongoing operation until complete”