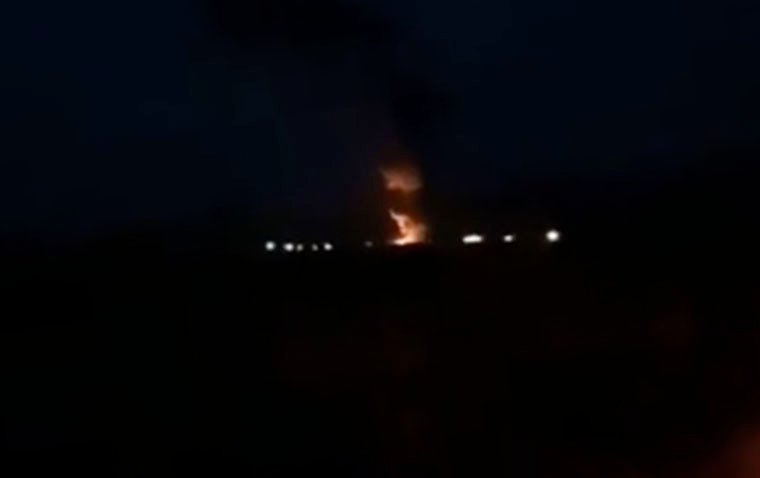 The incident took place amid ongoing hostilities in the nearby disputed Karabakh region between Azerbaijani forces and the forces of the self-proclaimed Nagorno-Karabakh Republic.

A Russian Mi-24 (NATO reporting name: Hind) military helicopter has crashed on the territory of Armenia near the village of Yeraskh after it was shot from the ground by unknown forces using a man-portable air-defence system (SAM), Russia’s Defence Ministry has stated.

The crash was caused by a loss of control after a missile hit the aircraft, the ministry added.

At the time of the time of the attack, the helicopter was escorting a convoy of Russia’s 102nd military base, which is located in Armenia, as it was moving past Yeraskh, near the border with Azerbaijan’s Nakhichevan Autonomous Republic. The incident resulted in the death of two of the helicopter’s crew members and another being hospitalised with moderate injuries.

The Defence Ministry noted that the command of the 102nd military base is currently investigating who shot at the Russian helicopter.