BREAKING Russian Space Agency: ‘If before 21.30 Friday Russia does not receive guarantees that OneWeb satellites will not be used for military purposes, Soyuz rocked will be removed from the launch’ 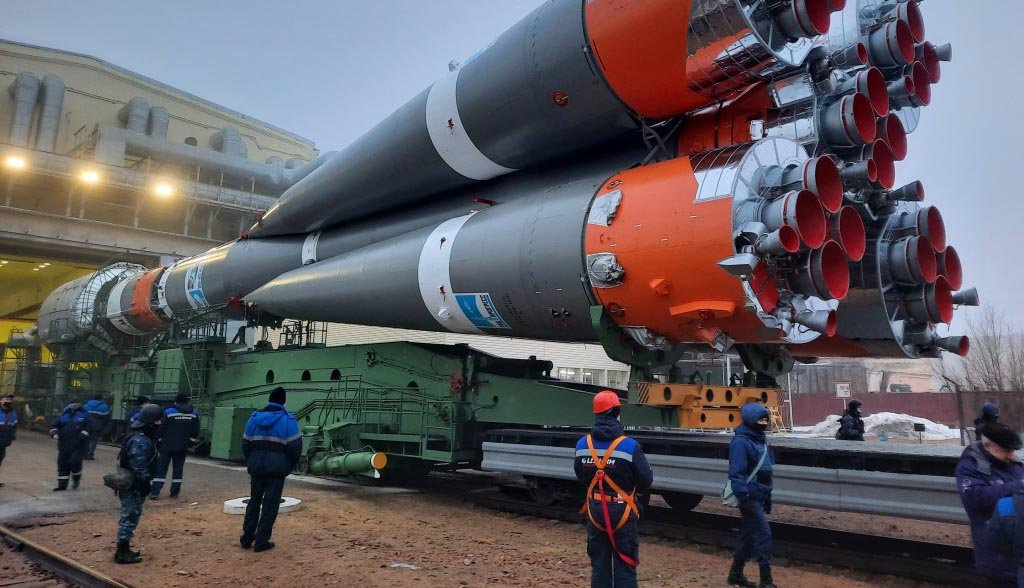 Mounting international sanctions amid Russia’s war on Ukraine have thrown plans to launch 36 OneWeb satellites this week into uncertainty.

The latest batch of satellites for OneWeb’s broadband constellation is currently at the Baikonur Cosmodrome, the Russian-controlled launch site in Kazakhstan, where Europe’s Arianespace plans to launch them as soon as March 4 on a Russian Soyuz rocket.

Russian Space Agency: “If before 21.30 Friday Russia does not receive guarantees that British OneWeb satellites will not be used for military purposes, the launch vehicle will be removed from the launch. Any attempts to hack Russian satellites are casus belli.”

American, British, and Japanese flags have been covered on the nosecone of the Soyuz rocket.

Another comment by the chief of Russian space agency Dimitry Rogozin has ignited fears that the tension following Russia’s invasion of Ukraine could have consequences for the International Space Station (ISS).