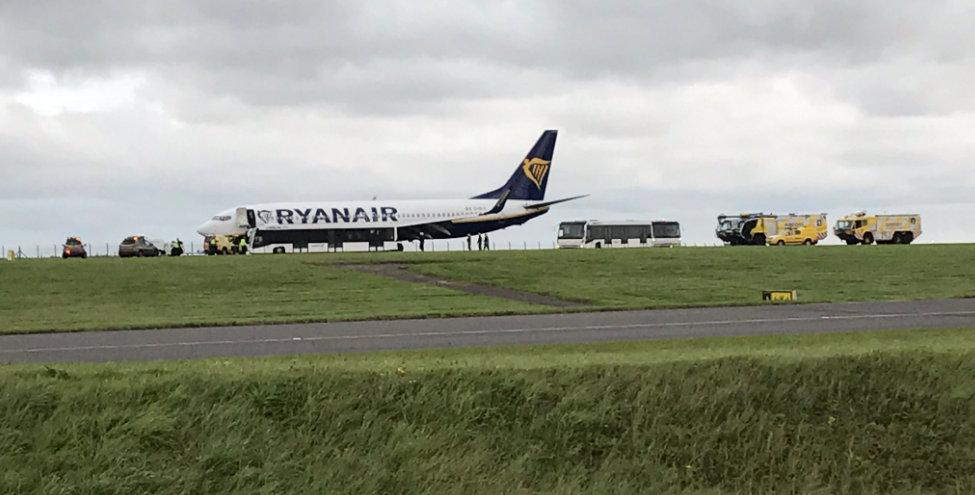 A Ryanair Boeing 737-800 (reg. EI-DLV) from Stansted Airport to Copenhagen was diverted after it lost one of the two nose wheels after take off.

The traffic was stopped during a while at East Midlands Airport to allow fire brigade to meet the aircraft right after landing.

The flight took off from London at 8.07am and was scheduled to arrive at 11.45am in Copenhagen. 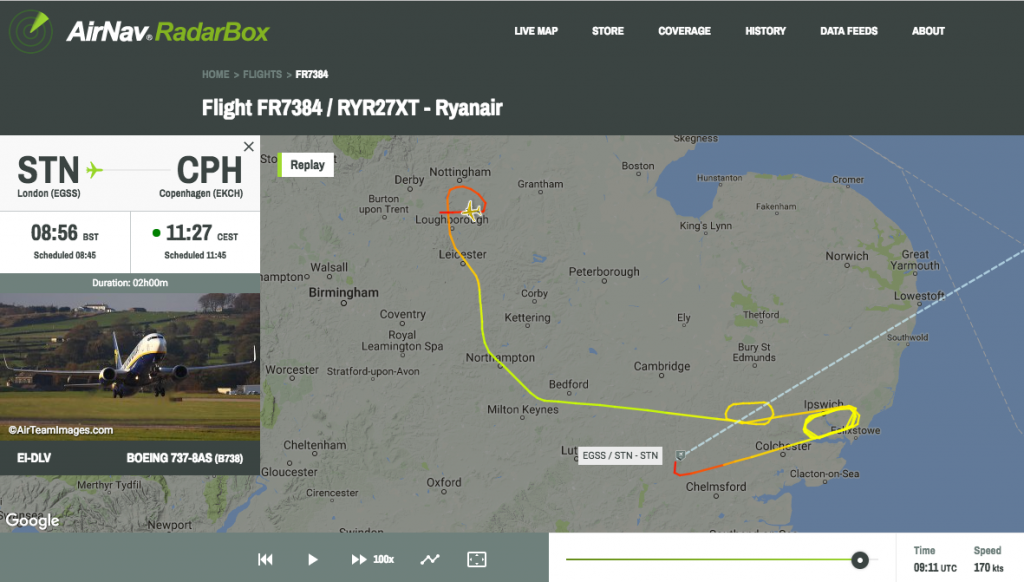 The passenger were disembarked on the runway.

Operations have now resumed after the incident. 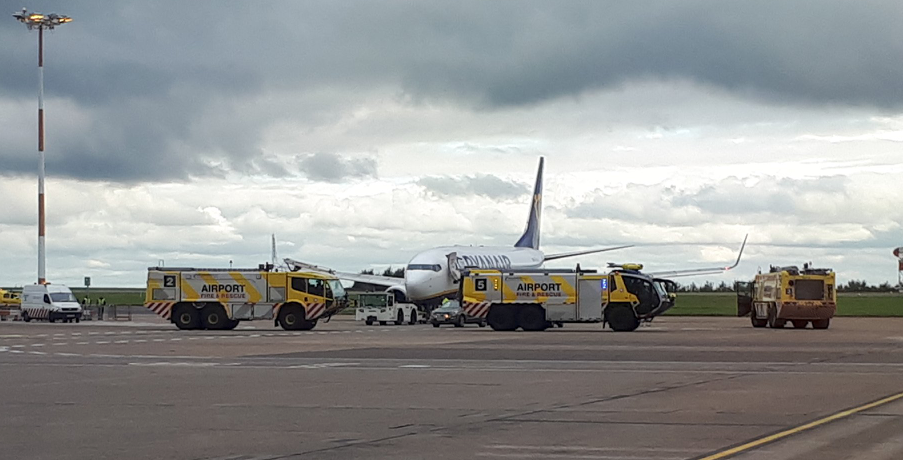 A spokeswoman for Ryanair said: “This flight from Stansted to Copenhagen diverted to East Midlands because of the loss of one of its two nose wheels after take-off.

“The aircraft landed safely at East Midlands Airport, customers disembarked and will board a replacement aircraft shortly.”