On Wednesday night, SAS flight #SK4236 from Stockholm Arlanda skidded on runway after landing at to Turku, Finland.

According to reports, the Bombardier CRJ-900LR (reg. EI-FPD) spun 180 degress on runway after landing at 17:25 UTC during heavy snow. 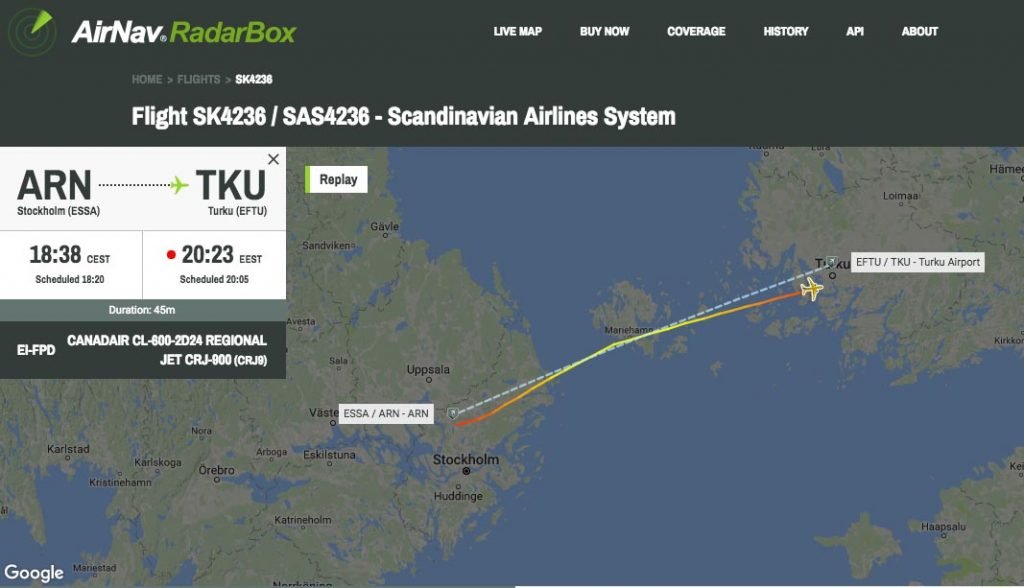 Passengers explained the plane did a hard landing and bounced several times until it reached the end of runway. Several tires of the plane were damaged during the incident.

The airport was closed after the incident and the return flight #SK4237 was cancelled.