A satellite has captured images of 122 objects in the Indian Ocean that might be from missing Malaysia Airlines Flight 370, the country’s acting transport minister said Wednesday.Hishammuddin Hussein said the objects were seen close to where three other satellites previously detected objects in the southern Indian Ocean, adding that the sightings together are “the most credible lead that we have.”Hussein said the images were taken Sunday and were relayed by French-based Airbus Defense and Space. Clouds obscured the latest satellite images, but dozens of objects could be seen in the gaps, ranging in length from 1 yard to 25 yards. Hussein said some of them “appeared to be bright, possibly indicating solid materials.” 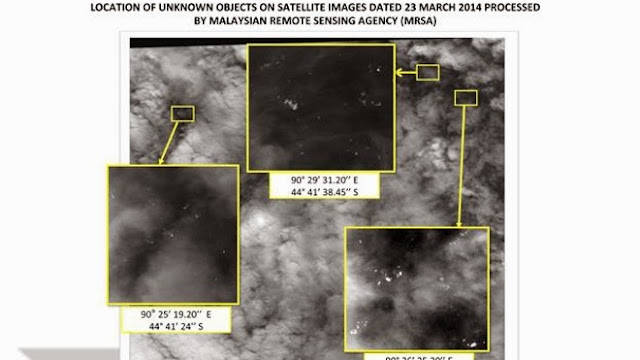