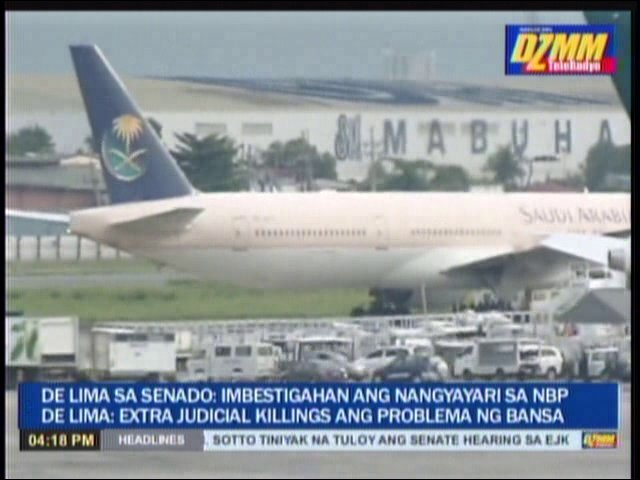 Saudi Airlines Boeing 777 with around 300 passengers onboard has been isolated at Manila airport in the Philippines, after the pilot was advised that the plane was under threat, Reuters reports citing communications from the control tower.

Metropolitan Manila’s police chief is heading to the airport, stating there is a “situation” there, local radio reports.

JUST IN: Saudia Airlines flight SVA 872 from Jeddah landed at 3PM at NAIA and was placed in total isolation at secluded portion of runway 06 pic.twitter.com/lpwVRsgqRS