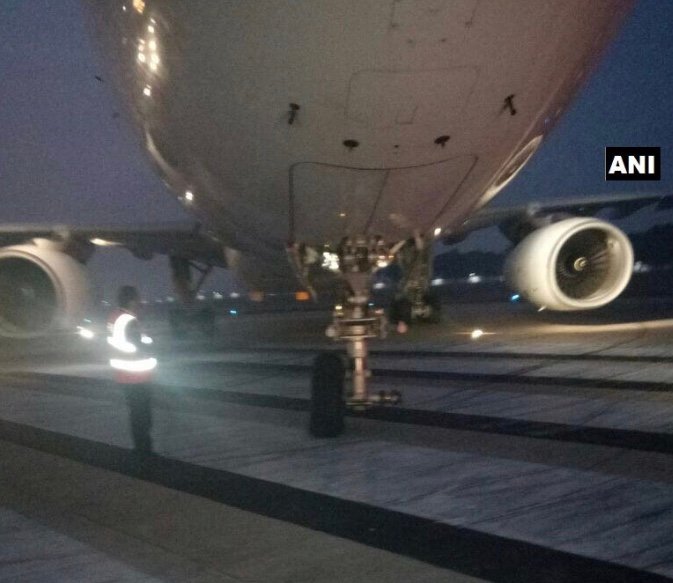 The Airbus A330-300 lost a nose wheel forcing the pilot had to apply emergency brakes to avert an accident, the senior airport official said.

As a result, the runway was blocked and all arrivals and departures had to be rescheduled, he said.

Six arrivals from various airports were diverted to Indira Gandhi International aiport in Delhi, while three scheduled departures were held up, the official added.