According to reports, a Singapore Airlines budget carrier Scoot flight returned to Changi Airport after an alleged bomb threat.

Flight TR634 en route to Hat Yai which left Changi Airport at 1.20 pm was escorted back by Singapore’s air force. 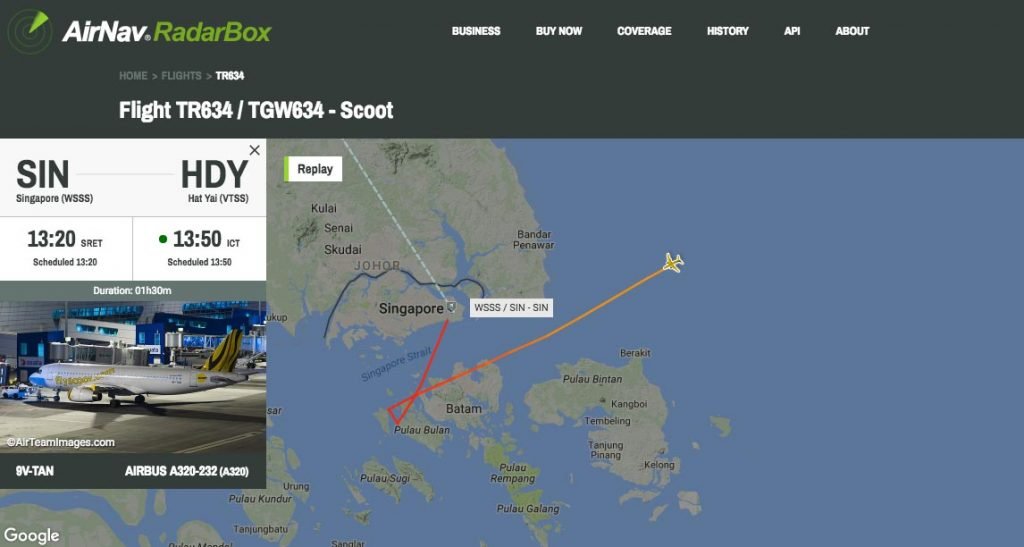 The Singapore Police Force confirmed in a statement on Facebook that it received a report about a passenger who allegedly made a bomb threat.

“We’re working closely with the authorities for necessary follow-up to ensure the safety of our guests,” airline said.