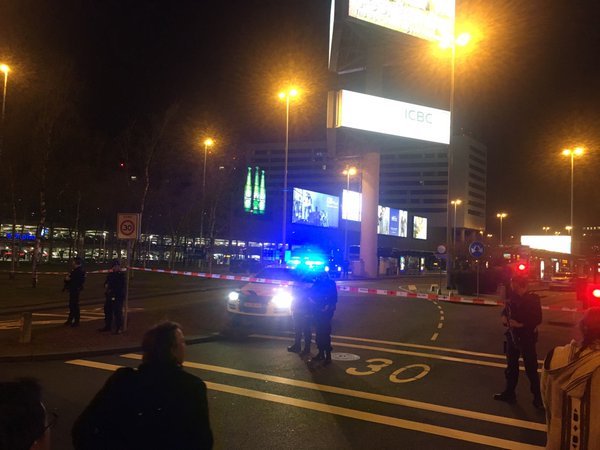 UPDATE A robot of bomb squad is deployed to inspect a suspicious bag.

UPDATE Police helicopter is circling around Schiphol according to journalist of AT5.

UPDATE A 2nd and 3rd persons are arrested near the enterance of the parking area.