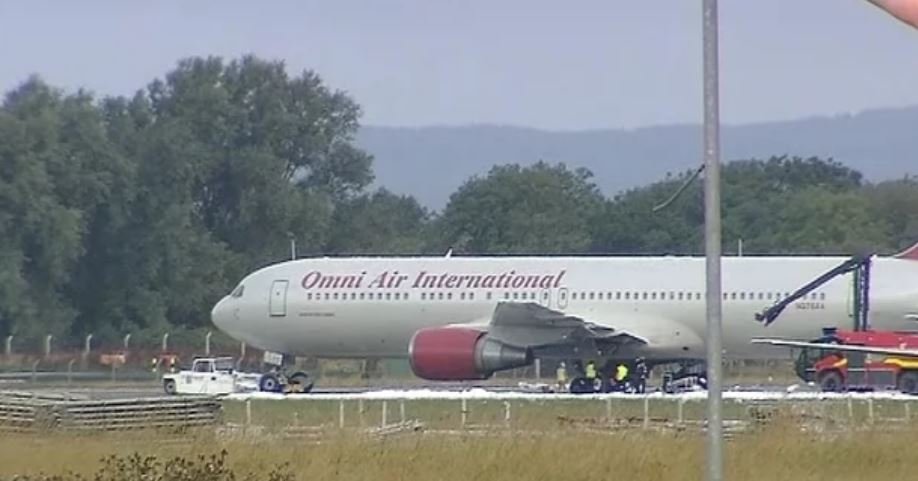 An incident at Shannon Airport involved a Boeing 767-300 aircraft.

Emergency services are in attendance. All passengers and crew have disembarked.

The Omni Air International jet Boeing 767-300 just was about to depart when the crew had to return to the terminal.

Omni Air International is a civilian airline that transports personnel for the United State’s military.

While the aircraft was taxiing along the runway smoke was spotted by air traffic controllers who quickly alerted the flight crew.

The crew brought their aircraft to a stop on the runway while passengers and crew quickly left the jet via two emergency slides on the right side of the plane.