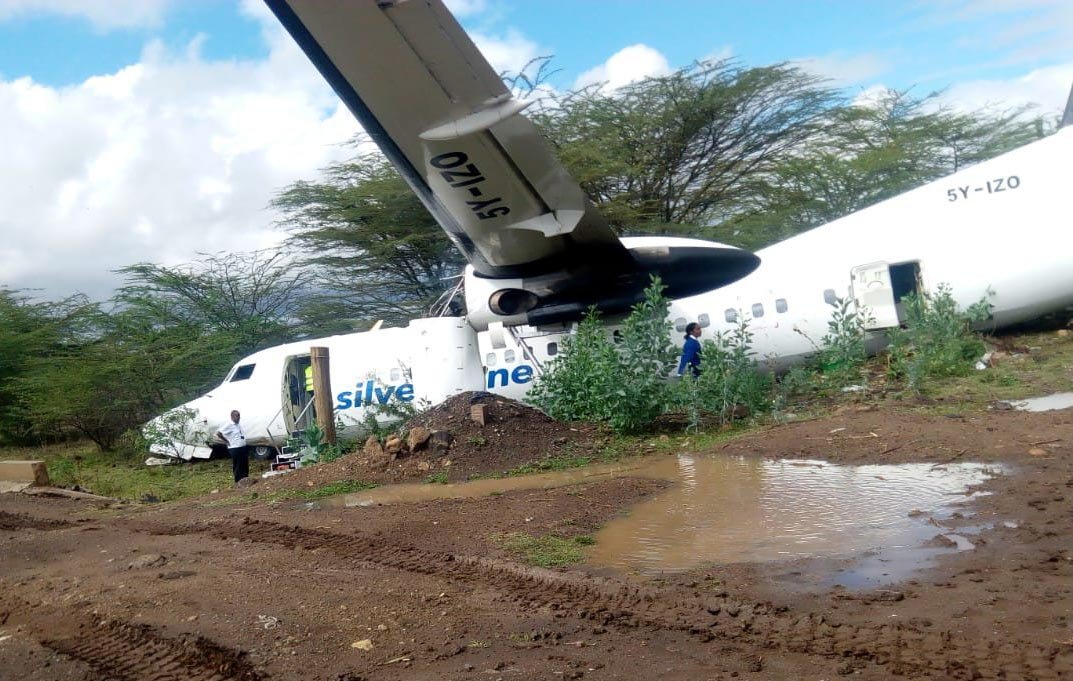 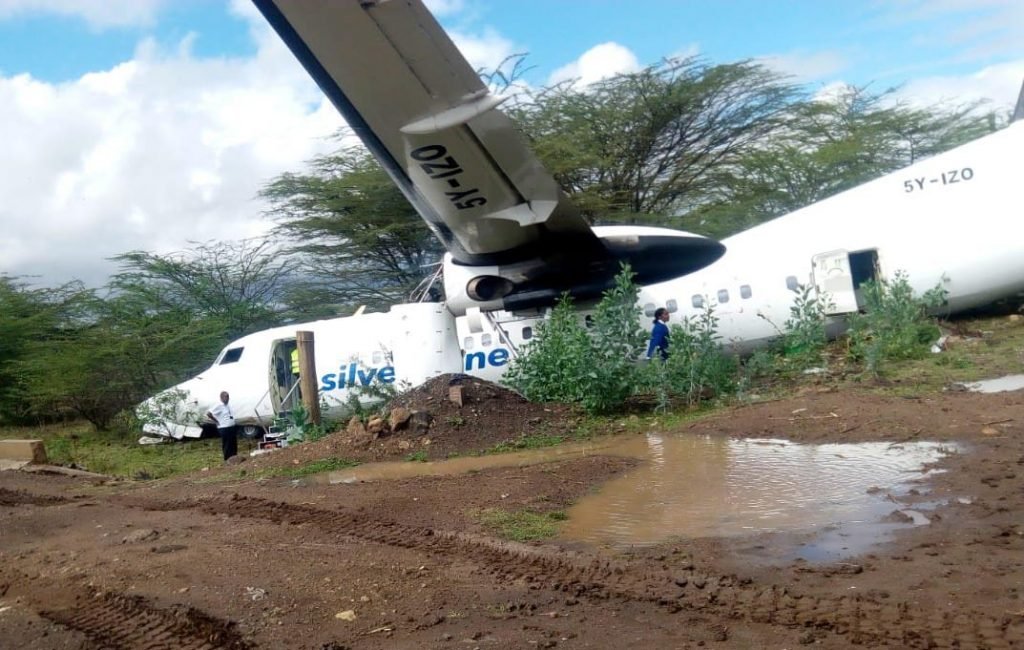 A plane operated by Silverstone Air has skidded off the runway at Wilson Airport in the capital Nairobi.

Witnesses say the aircraft lost its way during take-off to Mombasa on Friday morning.

Images from the scene showed that the aircraft plunged into a thicket, hitting some trees and breaking part of its wing, before being grounded, tilted to one side.

A passenger who had boarded the plane explained that the pilot realized “some issues”, without giving details.

Kenya Red Cross reported that the Fokker 50 (reg. 5Y-IZO) “developed some technical hitch while taking off”.

There were no immediate reports on casualties but most of the passengers suffered trauma.