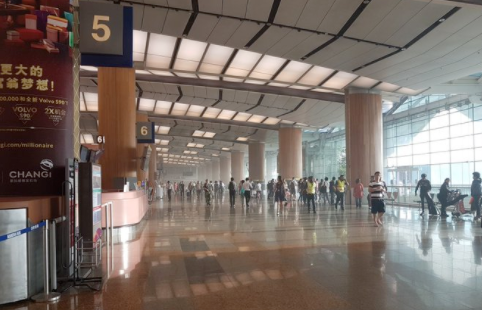 A anonymous staff member of the airport informed Coconuts Singapore that a fire alarm went off around 5.30pm and everyone started evacuating out of the terminal soon after. They initially believed it was a fire drill, but the smell of smoke wafted in later on.

A roadblock has been set up, while police cars and fire engines have arrived at the scene.