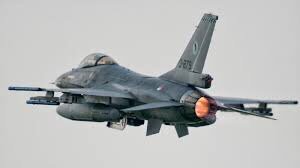 The situation is stillunclear but it could be caused by the interception of a Boeing 737 to Sweden.

2 F16 jet fighters took off from Netherlands. The sonic boom was heard at 15:30 local time.

According to Defence the noise was caused by two F-16 who broke the sound barrier.

The aircraft, which took off from Volkel Air Base, were deployed to intercept an aircraft that no longer had contact with air traffic control. In the meantime, that contact is restored. The F-16’s have returned to Volkel.