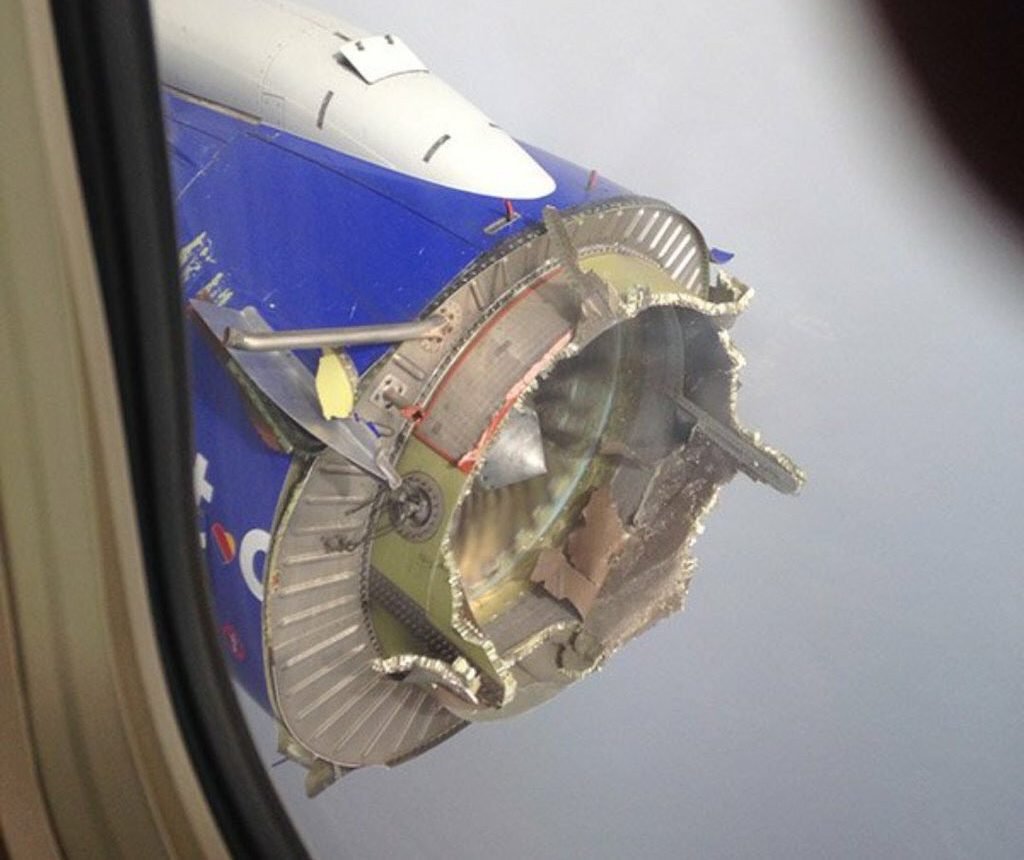 Southwest Airlines Flight #WN3472 Boeing 737 from New Orleans to Orlando was forced to make an emergency landing after the heart-stopping high-altitude malfunction this morning.

A woman said she, her husband and their three children were on Flight #WN3472 from New Orleans to Orlando when, while over water, she heard a loud explosion. 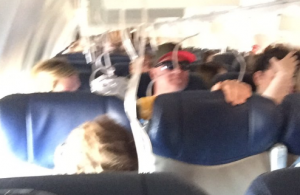 “It was just a big explosion. There was some smoke and then nothing,” she said in a phone interview with KOCO 5. “I saw parts flapping in the wind because it was right outside my window.”

The plane started to shake descend rapidly, and oxygen masks fell. People — including the woman’s children — were screaming and crying while she was trying to stay calm as the plane was falling fast, she said.

According to tracking data from FlightAware, the 737-700 was flying around 30,700 feet and climbing before it began descending around 9:23 a.m. CDT.

No injuries reported among 99 passengers and five crew aboard the Southwest flight. 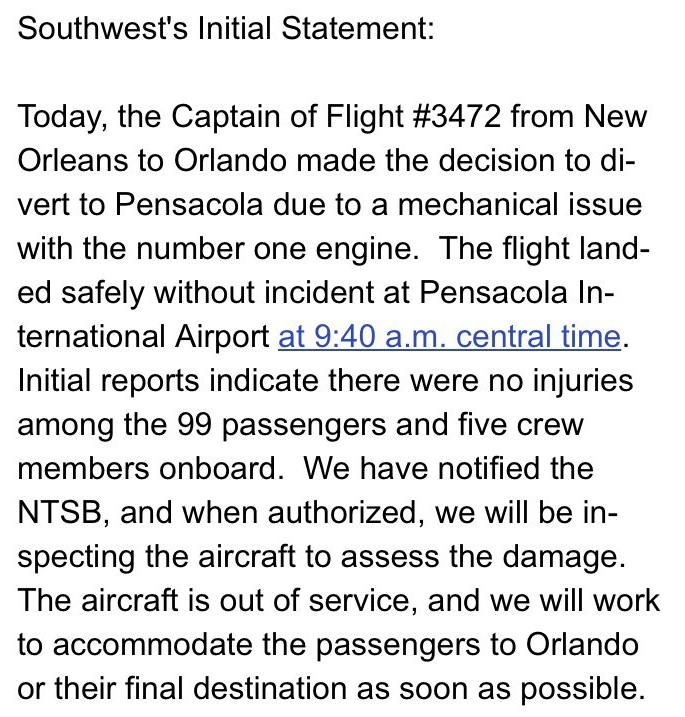 A replacement Boeing 737-700 registration N908WN was dispatched to Pensacola and reached Orlando with a delay of 5 hours.