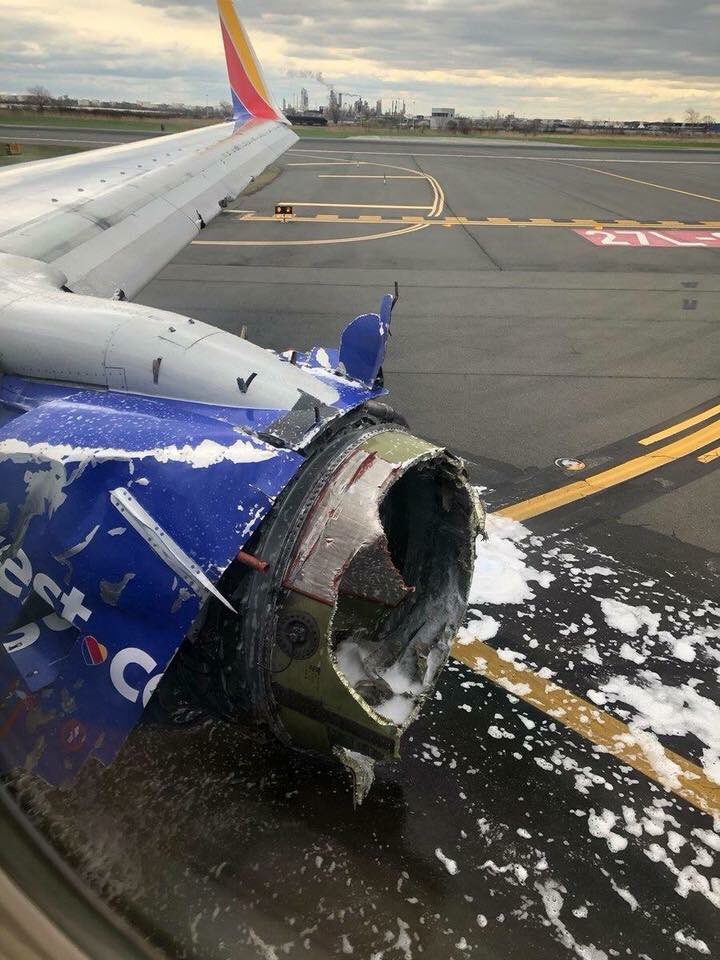 A Southwest  Boeing 737-700 operating a flight from LaGuardia to Dallas has suffered an uncontained engine failure while climbing out of New York. The plane diverted to Philadelphia with serious damage to the left engine.

Passengers reported that they heard a loud bang on the left side of the aircraft, while climbing out of LGA and discovered that the left-hand engine cowling had disintegrated, seriously damaging the aircraft’s wing and fuselage.

The explosion of the CFM engine blew the window and seriously injured a female passenger sitting just next to it.

UPDATE: NTSB confirms the person has died of serious injuries, after the Southwest Boeing 737 with engine failure performed an emergency landing in Philadelphia.

A passenger said the impact of the engine piece striking the plane window was so severe that the female passenger was partially sucked out of the cabin. 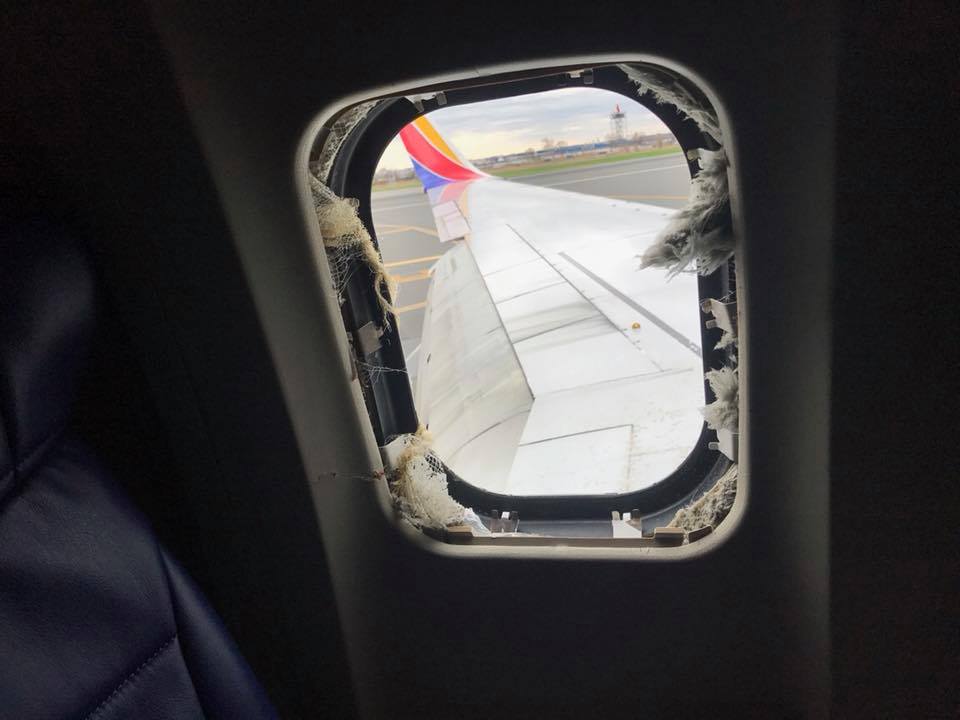 Something is wrong with our plane! It appears we are going down! Emergency landing!! Southwest flight from NYC to Dallas!!

The airplane involved is a 17-year old Boeing 737-700 (registration N772SW), which carried 143 passengers and five crew members. Southwest says ‘we are working diligently to support passengers and crew‘ from the affected flight.

Today’s incident is not the first one of this kind for Southwest, in 2016 another 737-700 aircraft made an emergency landing in New Orleans when a similar event happened, but without injuries to passengers or crew.

“We are aware that Southwest Flight #1380 from New York LaGuardia (LGA) to Dallas Love Field (DAL) has diverted to Philadelphia International Airport (PHL). We are in the process of transporting Customers and Crew into the terminal. The aircraft, a Boeing 737-700, has Customers and five Crewmembers onboard. We are in the process of gathering more information. Safety is always our top priority at Southwest Airlines, and we are working diligently to support our Customers and Crews at this time. We will share updates to the flight as they are confirmed.“

Boeing says “We are aware of the event and are providing technical assistance“. The NTSB is taking over the investigation of the incident, in coordination with other authorities.

Southwest has changed its Social Media profile pictures to gray, when the NTSB confirmed one fatality. The airline has uploaded a video statement with CEO Gary Kelly: