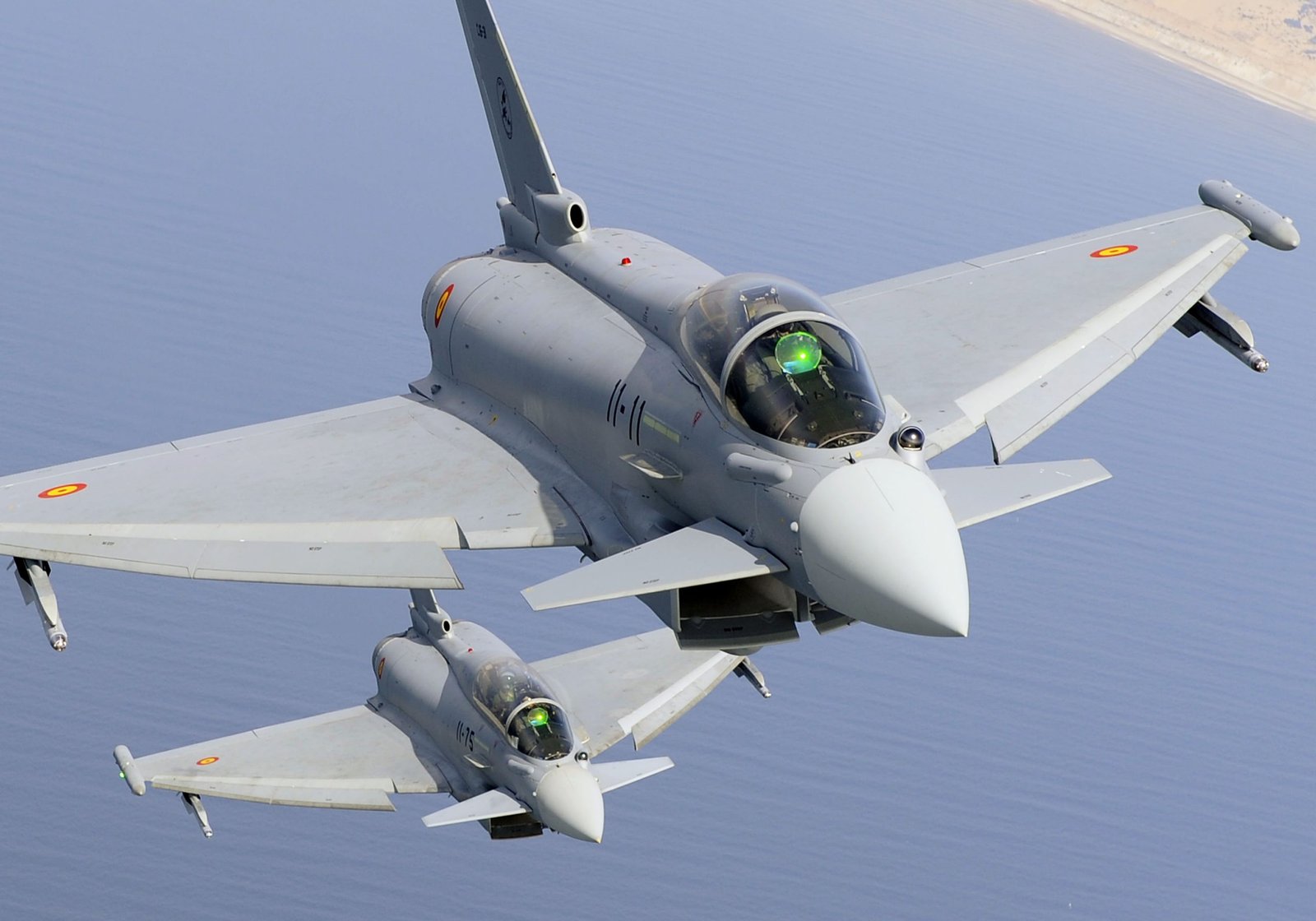 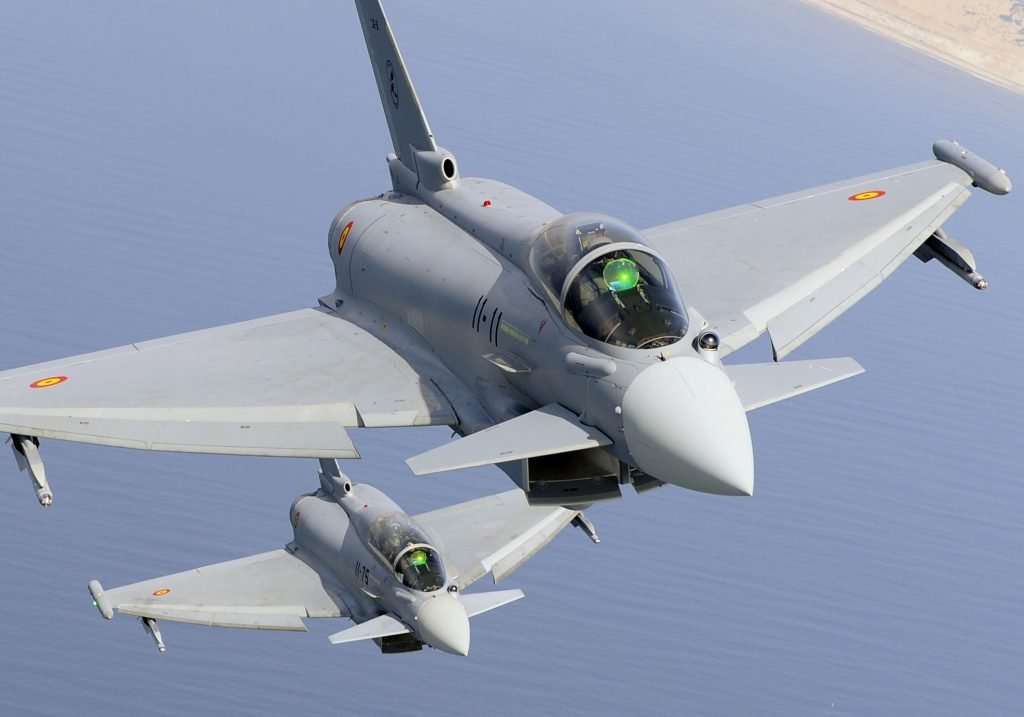 Spanish Air Force single and two seater Eurofighter Typhoon from ALA-11 based in Moron, Spain. The aircrat are flying with drop tanks and IRIS-T missiles.

A Spanish Eurofighter accidentally fired an air-to-air missile over Estonian territory. The incident took place over Pangodi in Tartu County. The flight path, location and status of the missile are currently under investigation. Though the missile has a built-in self-destruction system, it can’t be ruled out that it didn’t explode. Authorities have restricted access to the area.

The missile was fired at 15.44 EEST over Tartu County’s Pangodi area. The AMRAAM type missile’s firing range is 100 km, it is 3.7 m long, 18 cm in diameter, and carries a live warhead. The last assumed location of the missile is roughly 40 km to the north of the city of Tartu.

The Air Force launched a missile search operation on Tuesday evening. The Estonian Defence Forces (EDF) are asking anyone who notices something that resembles a missile on the ground to move away from it and immediately inform the Air Force, either calling 717 1900 or 112. The EDF are also asking people not to go looking for the weapon on their own.

The Spanish Eurofighter Typhoon 2000, part of Nato’s Baltic air policing mission, safely landed at its base in Šiauliai in Lithuania.