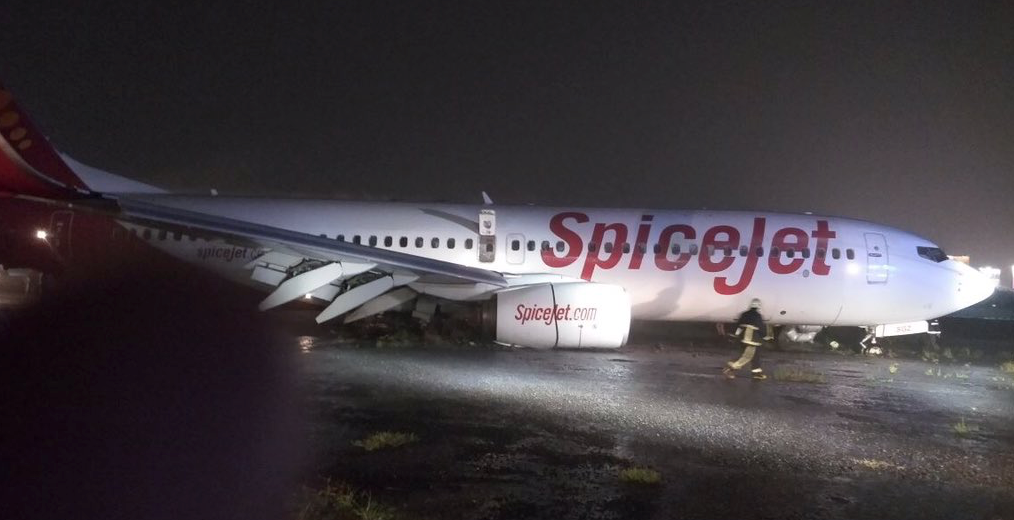 A SpiceJet Boeing 737-800 overshot the runway on landing and got stuck in mud at Mumbai’s Chhatrapati Shivaji International Airport on Tuesday evening.

All 183 passengers on the SpiceJet flight are said to be safe. The airline and airport authorities immediately carried out an emergency evacuation following the mishap.

According to the initial reports, emergency chutes were deployed for passengers after the SpiceJet flight overshot the runway. No fire or smoke was reported in the accident.
All 183 passengers on the Varanasi-Mumbai Flight #SG703 have been safely deplaned and taken to the arrival hall. 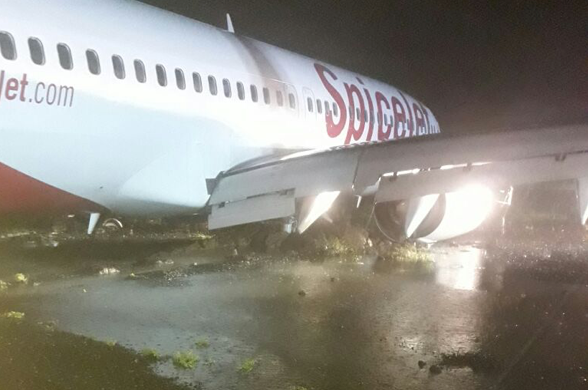