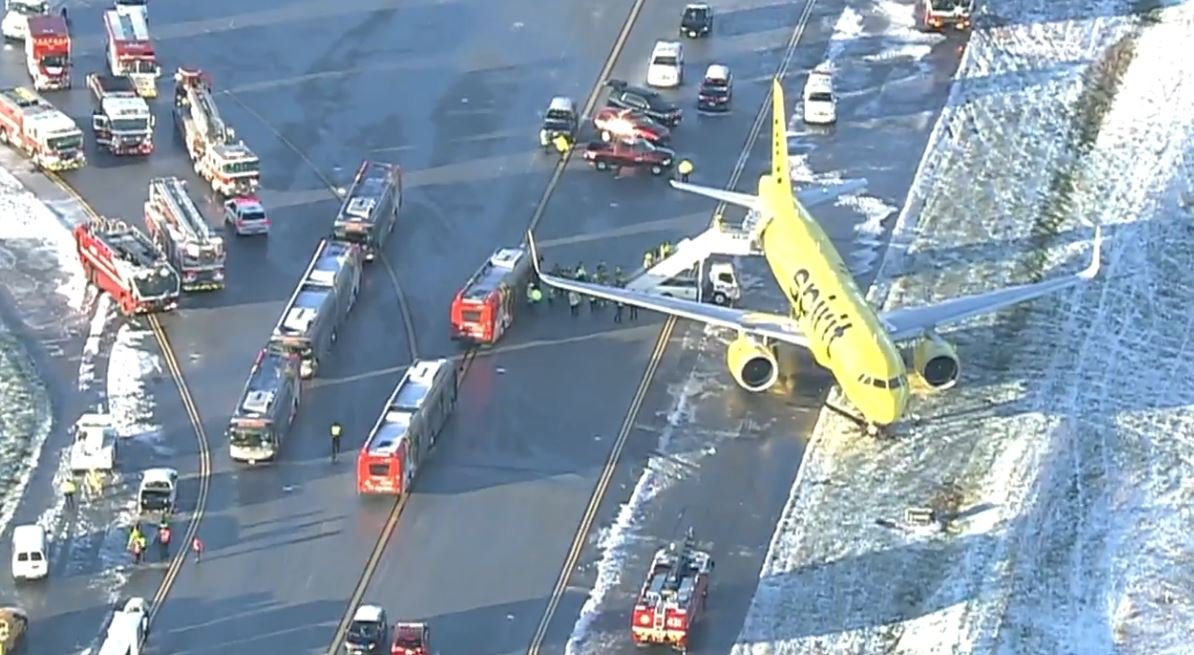 As the aircraft taxied to the airport terminal, it slid off a taxiway into the grass and there were no injuries.

Officials say the BWI Marshall Airport Fire and Rescue Department responded to the scene of the incident.

There were 111 passengers aboard the plane as the flight landed safely and without incident.

UPDATE: No injuries reported. The Spirit Airlines plane flew from Las Vegas to BWI and landed. On its way to the terminal, it went off the taxiway and its front wheel ended up in the mud. Passengers are being helped off the plane and will be transported to the terminal. pic.twitter.com/1a54ul1pCK

Airport and airline personnel are working to move the passengers from the aircraft to the terminal using airport shuttle buses.