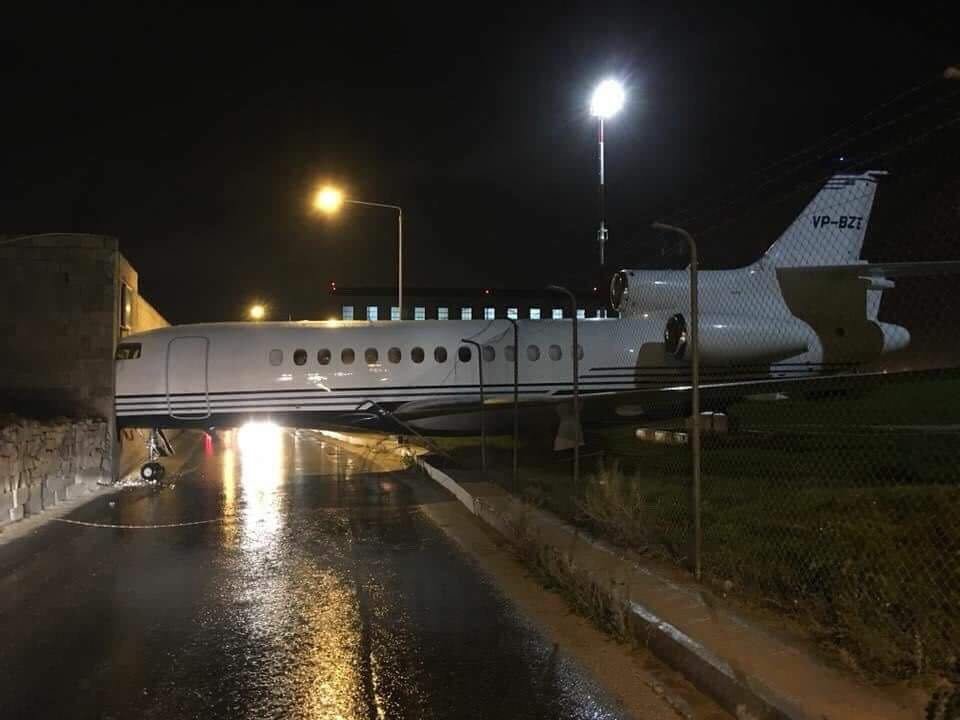 A Dassault Falcon 7X was blown off the airport apron on Wednesday night, ploughing through a perimeter fence and into the road before crashing into a building.

No injuries were reported at the incident in Malta International Airport.

Officials believe the strong winds moved the plane from its wheel chocks, pushing it into the road before crashing into the building owned by the Polidano Group.

“It seems like it was the result of the strong winds. The building didn’t sustain major damage, but we presume the aircraft did,” Polidano Group’s legal representative Jean Paul Sammut told Times of Malta. Nobody was present in the building at the time of impact. 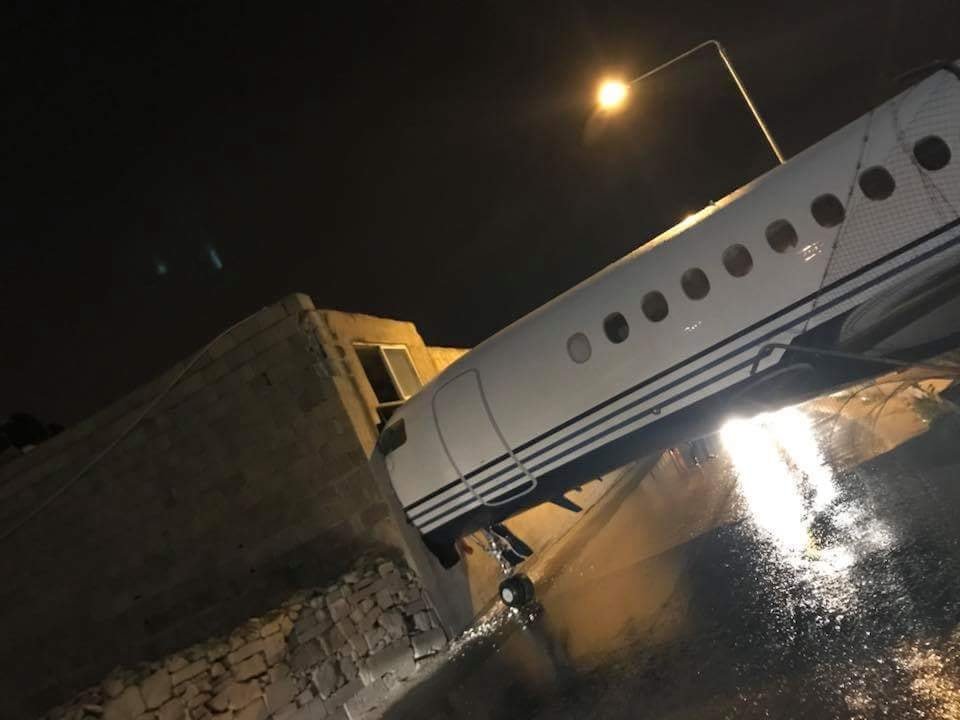 According to some reports, the private jet belongs to British politician and businessman Lord Michael Ashcroft. He is a former deputy chairman of the Conservative Party.