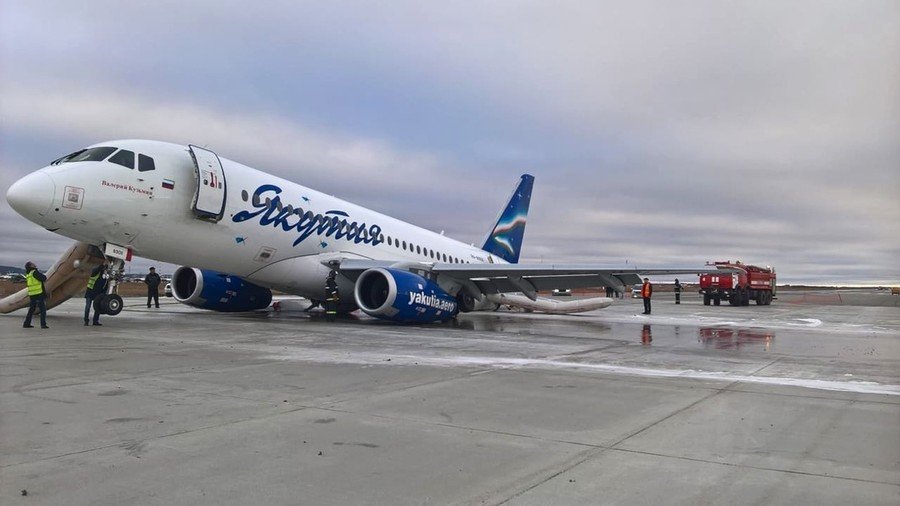 Four people were injured when a Sukhoi Superjet 100 skidded off the runway after a landing in Yakutia.

The main landing gear of the aircraft broke during the incident, an emergency services representative told RIA.

A total of 91 passengers, including seven children, were on board the Yakutia Airlines flight from the Siberian city of Ulan-Ude. These, along with five crew members, were forced to exit the plane via an inflatable ladder.

A criminal investigation has been launched into the incident, which forced the airport to shut down between 3:20am and 10:30am on Thursday.

The probe will be conducted by the East Siberian Transport Prosecutor’s Office amid suspicions of safety rules violation, the Russian news agency says.

An initial examination showed that there was “no connection” between the incident and the aircraft’s technical systems, Sukhoi Civil Aircraft stated.

“The incident was caused by external factors,” the company insisted, adding that it is supporting the inquiry.

According to a source in the investigating commission, the plane skidded off the runway due to ice, RIA reports.