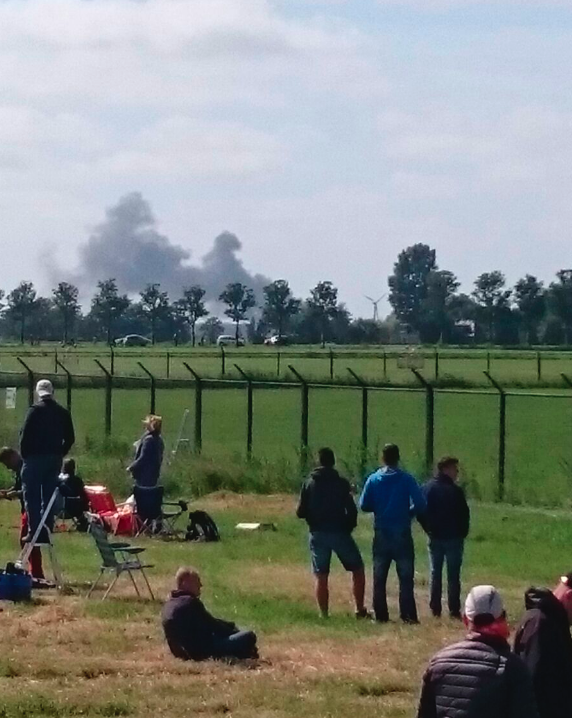 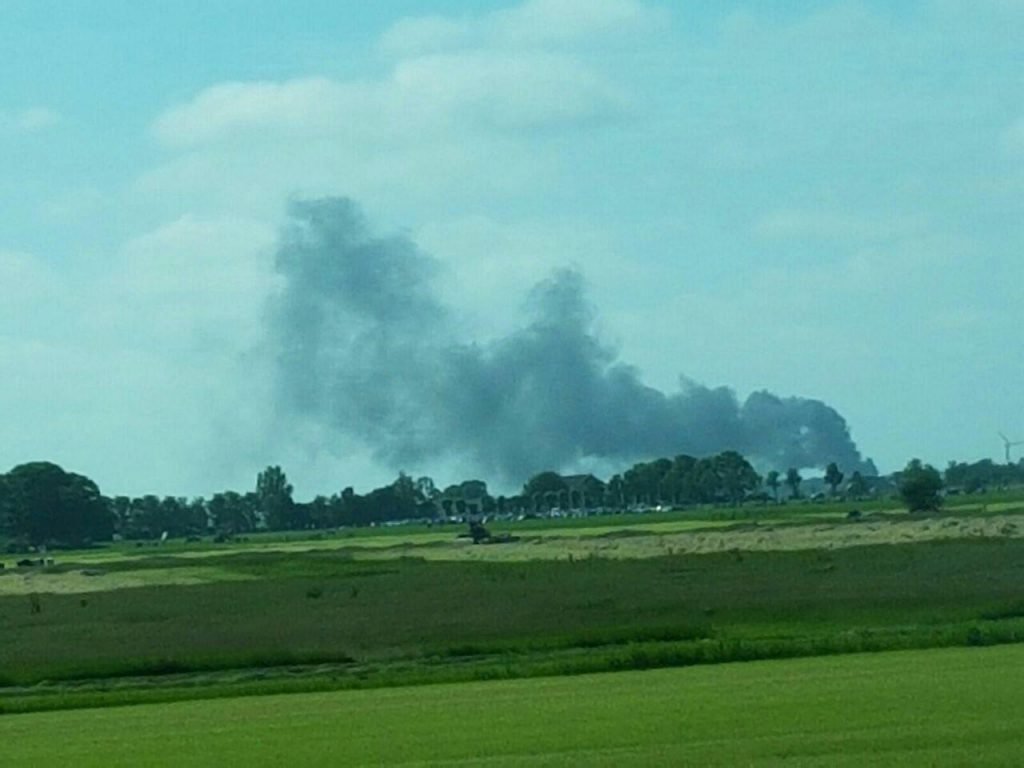 A F-5 from Swiss demonstration team crashed near Leeuwarden Air Base in the Netherlands prior to AirShow Friday and Saturday.
Eyewitnesses say that a second aircraft was involved in the accident, but that can not yet be confirmed.

UPDATE: the pilot was able to eject prior the crash.

Video few mins after Swiss F-5 crash in the Netherlands:

The cause of the crash was probably a mid air collision looking at the right stabilo of this F-5:

Video prior the crash: