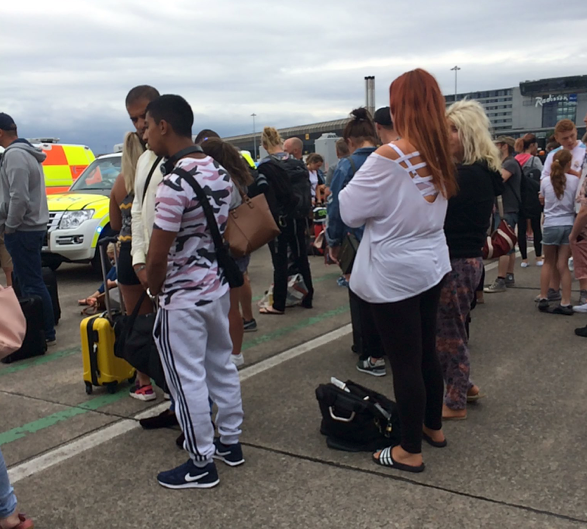 Passengers were evacuated shortly after 5pm after water started pouring through the ceiling of Terminal One.

Travellers took to social media to complain of “chaos” and the airport being on “lockdown”.

Greater Manchester Police tweeted: “GMP are currently assisting @manairport with a controlled evacuation of Terminal 1, this is due to a water leak.”