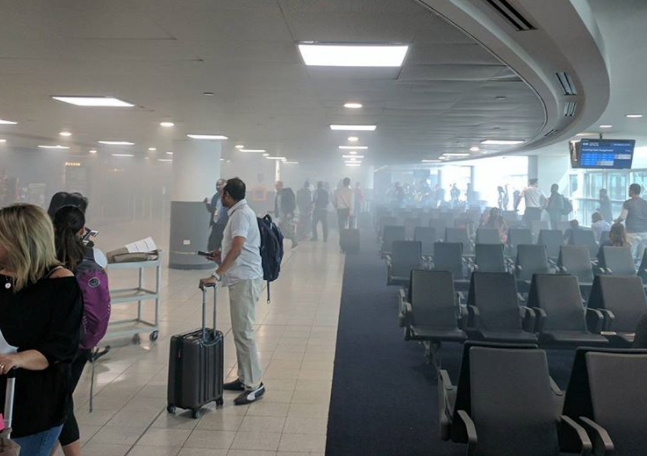 Part of a terminal at Kennedy Airport was evacuated and screening was shut down after a kitchen caught fire on Thursday afternoon, filling the area with smoke, officials said. 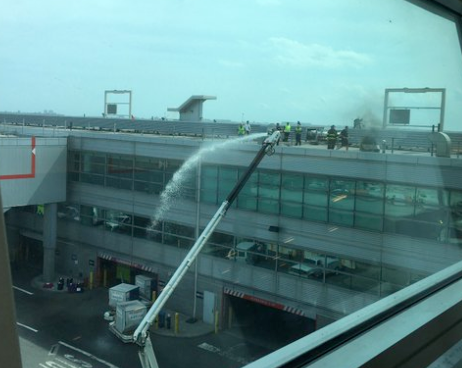 Officials said there was a heavy smoke condition at Gate B23, and photos show smoke filling part of the terminal as firefighters douse the blaze from the building’s roof.

Flames could be seen shooting from the kitchen of Panda Express at Terminal 4 shortly before 4 p.m.

Around 4 p.m., an announcement to passengers said TSA screening and the evacuated gates would be reopened.