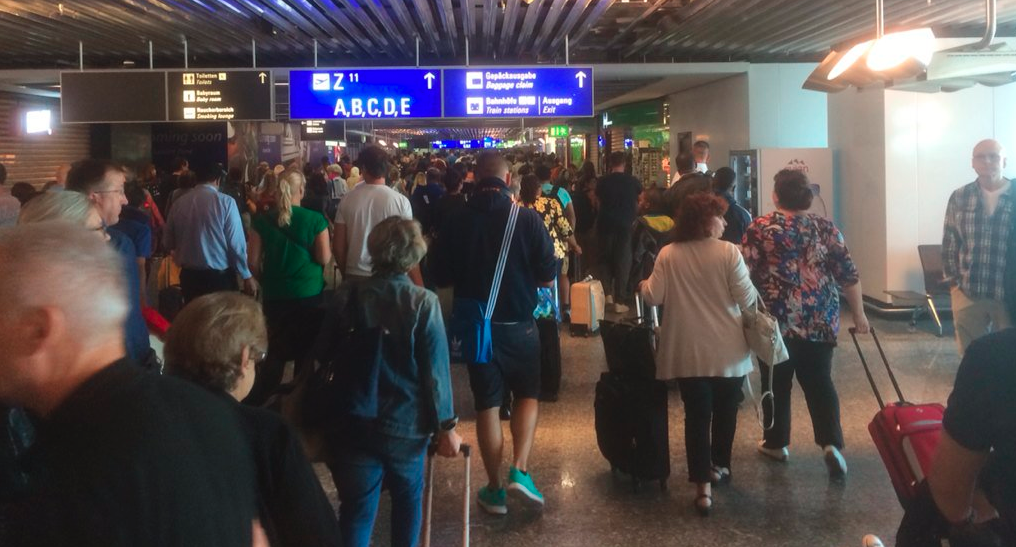 Terminals A & Z in Frankfurt airport being evacuated for unknown reasons pic.twitter.com/ZEfqavmuPt

Area A in Terminal 1 in Frankfurt airport has been evacuated over bomb alert.

According to Bild, the airport switched on loudspeakers with the message: “All visitors are asked to leave the building immediately! Levels 1 and 2 of the terminal to be evacuated.”