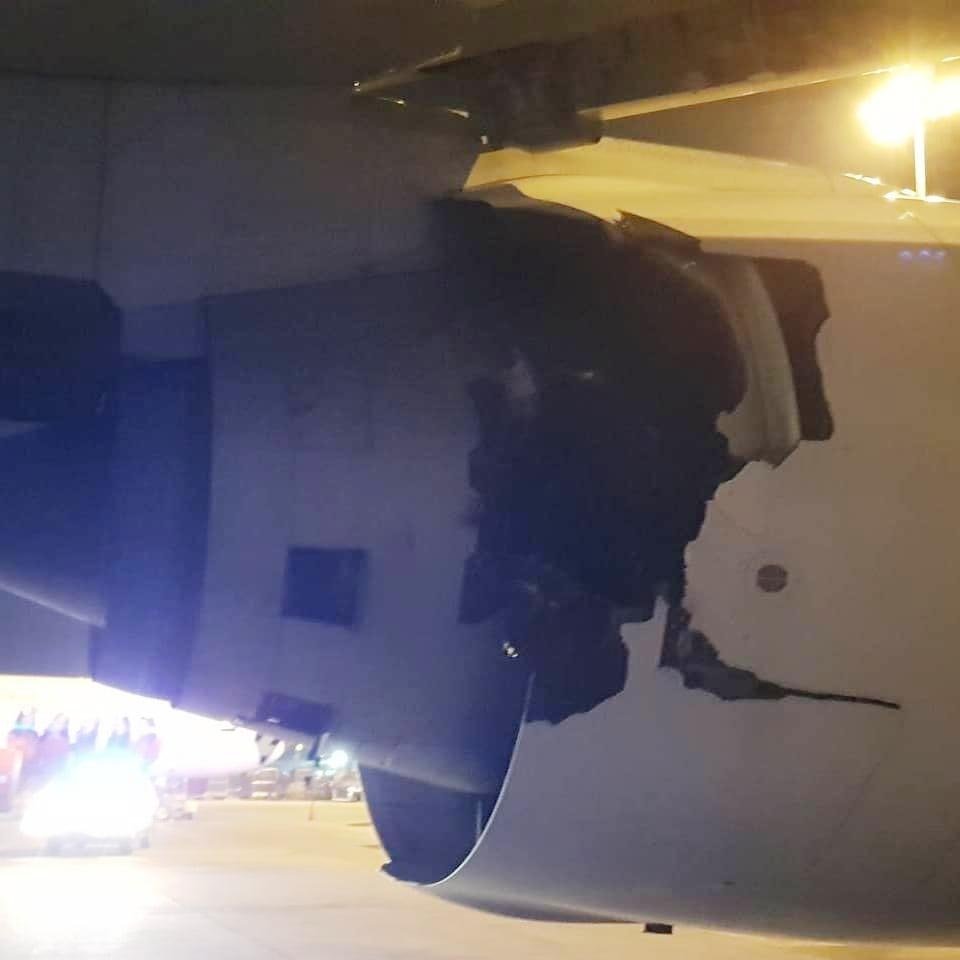 A Thai Airways Boeing 777-300 suffered an uncontained failure of its left Engine (GE90) while taking off runway 01L at Bangkok Suvarnabhumi Airport.