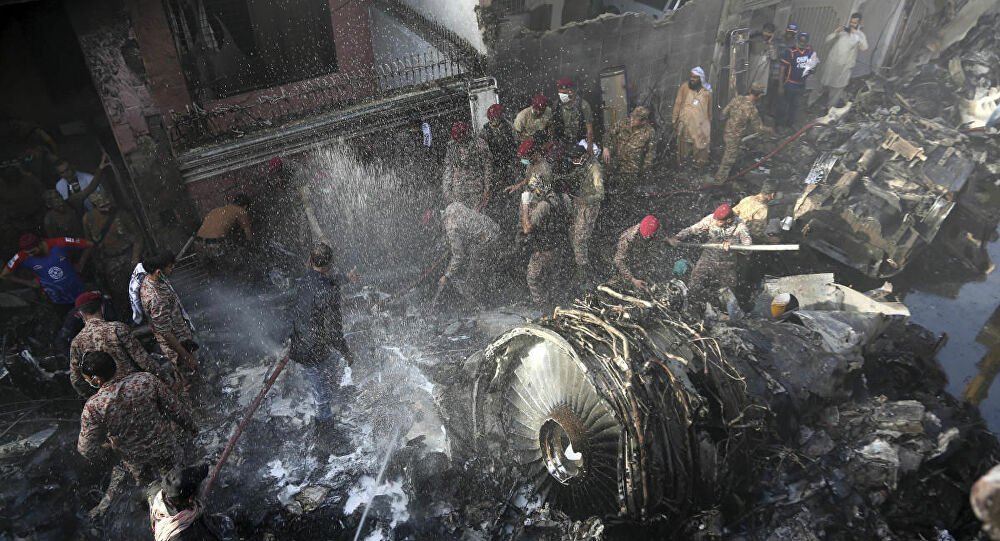 French investigators confirm the cockpit voice recorder of PIA #PK8303 had not been found.

The French BEA confirmed that investigators are still in Karachi for initial investigation into the #PIA8303 A320 crash.

French investigators also said that the cockpit voice recorder has not been found at this time.

However, the flight data recorder has been found and is still in Pakistan.

The 11-member investigating team arrived in Pakistan from France on Tuesday to probe into the Pakistan International Airlines (PIA) plane crash.

The team inspected the runway of the Jinnah International Airport. They also visited the air traffic control tower and radar control station before reaching the crash site.

Once recovered, the black boxes could left Pakistan to Paris Le Bourget.