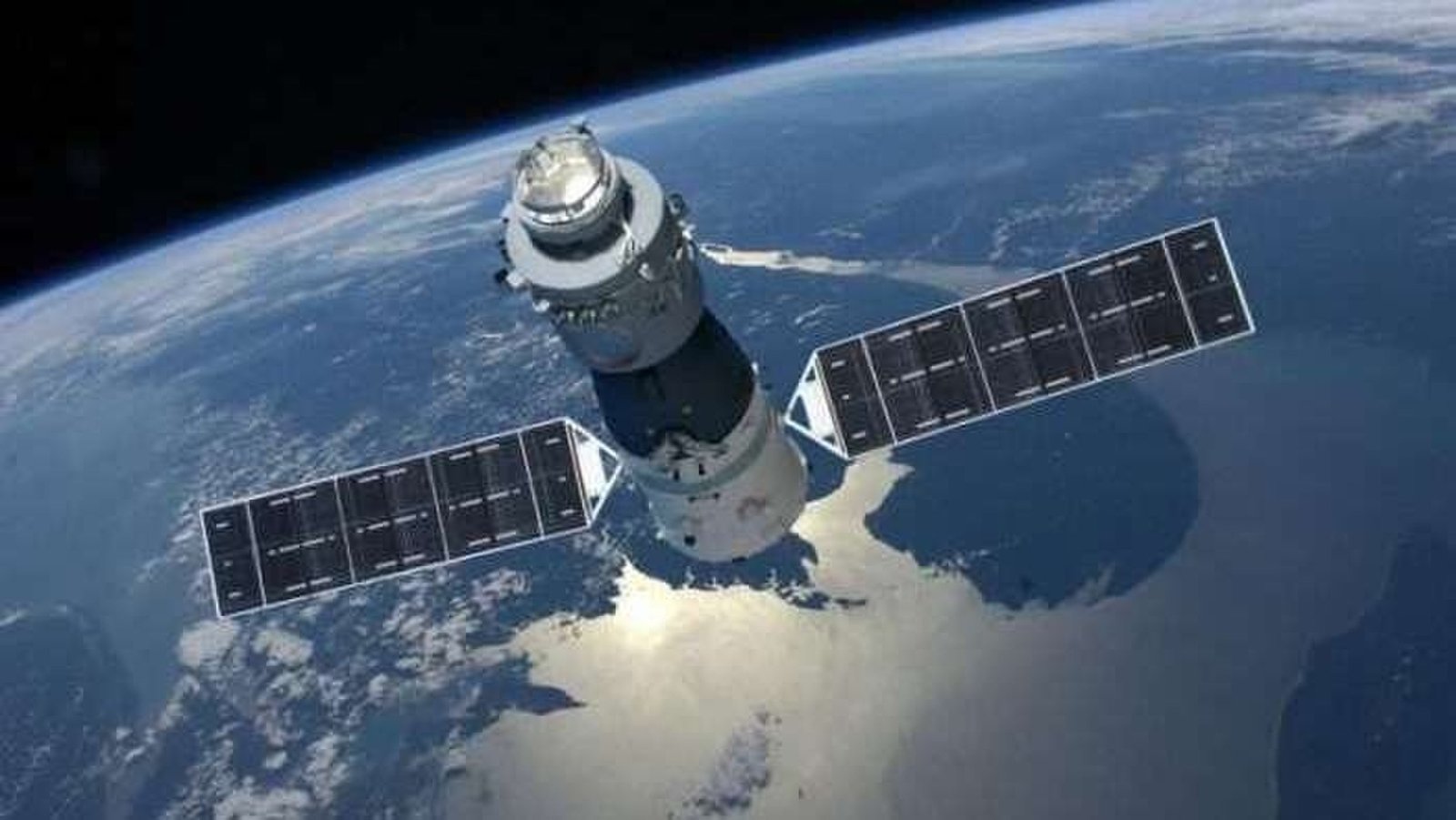 UPDATE: The latest prediction from the ESA is that Tiangong-1 will now return to earth between the night of 31 March and the evening of 1 April. The forecast is due to a change of space weather resulting in less solar particles interacting with the atmosphere. The re-entry dates have been continuously revised but are still highly variable.

The private research organisation, Aerospace, has predicted re-entry at 14:00 UTC 1 April plus or minus 16 hours.

The window for #Tiangong1 reentry has been notably revised in today’s forecast from ESA’s Space Debris team. Now expected between night 31 Mar to late evening 1 Apr (in UTC time); this is highly variable https://t.co/vaovwQZBoy pic.twitter.com/b2pNsAOAA7

Aerospace also highlights in an FAQ why it is so difficult to accurately predict when an uncontrolled spacecraft will re-enter the atmosphere:

A more detailed explanation can be found at the ESA.

PREVIOUSLY
The latest estimate from the European Space Agency (ESA) is that Chinese space station Tiangong-1 will re-enter earth’s atmosphere between 29 March and 9 April. The uncontrolled descent will see the 10.4m (34 feet) long station re-enter somewhere between 43°N and 43°S, as illustrated in the ESA map below. Due to the type of orbit it is in, the greatest chance will be in a thin band at the top and the bottom ranges of the area highlighted in the map according to research organisation Aerospace. 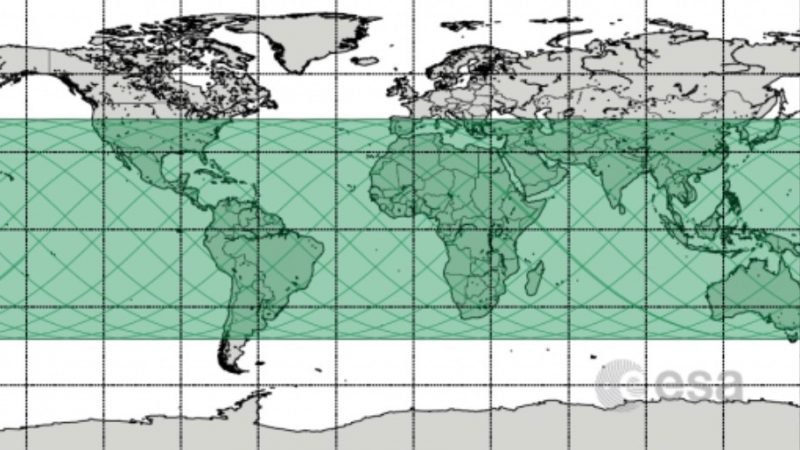 The ESA says the dates are highly variable. “At no time will a precise time or location prediction for re-entry be possible.” It will also substantially burn up in the atmosphere.

Tiangong-1 was launched 30 September 2011. The space station hosted one uncrewed and 2 crewed missions during it’s life. A controlled descent was first planned at the end of the station’s life, however, the station ceased functioning in March 2016 and can no longer be commanded to fire it’s engines so is expected to make an uncontrolled re-entry.

“There is a chance that a small amount of Tiangong-1 debris may survive reentry and impact the ground. Should this happen, any surviving debris would fall within a region that is a few hundred kilometers in size and centered along a point on the Earth that the station passes over.

“When considering the worst-case location …. the probability that a specific person (i.e., you) will be struck by Tiangong-1 debris is about one million times smaller than the odds of winning the Powerball jackpot. In the history of spaceflight, no known person has ever been harmed by reentering space debris. Only one person has ever been recorded as being hit by a piece of space debris and, fortunately, she was not injured.”

ESA states, “the personal probability of being hit by a piece of debris from the Tiangong-1 is actually 10 million times smaller than the yearly chance of being hit by lightning.”

In a FAQ Aerospace further says.

“Are there hazardous materials on board?

Potentially, there may be a highly toxic and corrosive substance called hydrazine on board the spacecraft that could survive reentry. For your safety, do not touch any debris you may find on the ground nor inhale vapors it may emit.”

March 29 to April 9 – that’s the approximate time for China’s Tiangong-1 Space Station’s uncontrolled re-entry. If they’re lucky, it will land in the Pacific Ocean – which is bigger than all the land on Earth put together. https://t.co/039dc3Doj7