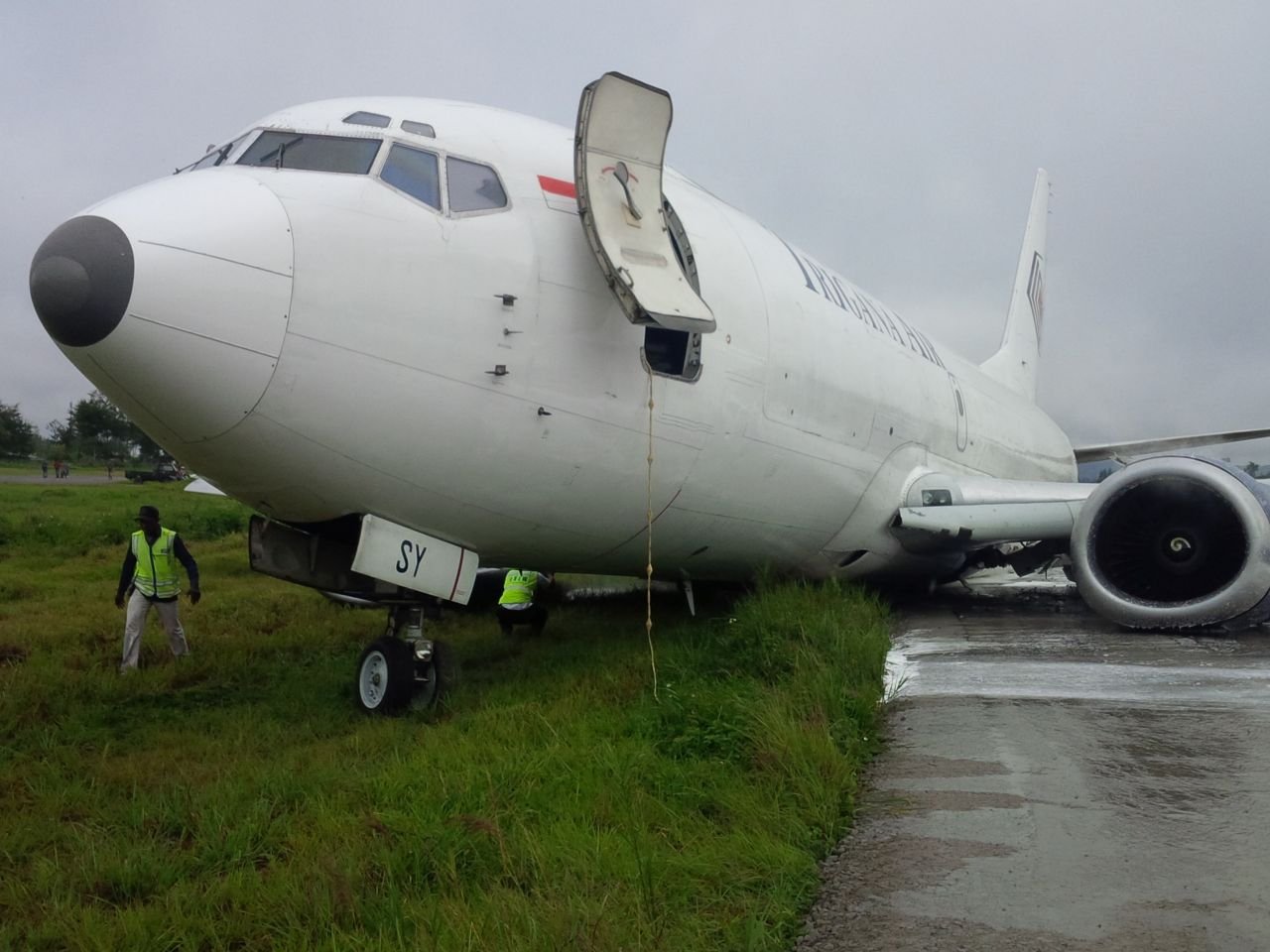 There were no fatalities in this incident. Wamena Airport closed temporarily to evacuate the Boeing B737-300 with serial number MSN 23 597, 30 years old.

The aircraft was carrying 14 tonnes of fuel, rice and sugar belonging to Indonesian state energy firm Pertamina. The fuel load was safe, the marketing director for Pertamina Ahmad Bambang told.

The plane was operated by Air Trigana since September 2011 last.