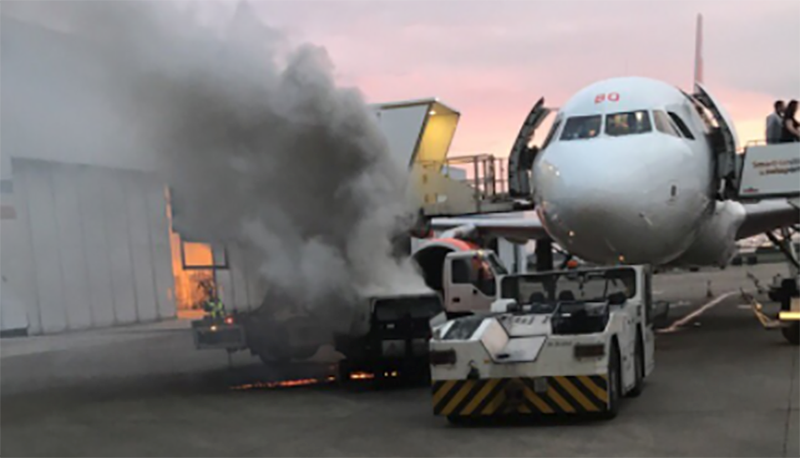 Footage has emerged showing fire crews dousing a blaze next to a easyJet A319 at Liverpool airport.

Smoke was seen rising near an easyJet plane after it appeared aGPU (Ground Power Unit) had burst into flames next to the aircraft.

Witnesses who captured video and photos of the blaze thought the easyJet plane was on fire.

Emergency services surrounded the flight from Belfast after it landed at 6.35pm.

A spokesperson for North West Fire and Rescue said: “Multiple engines joined the fire-fighting team at the airport after reports of an a piece of equipment which had caught on fire on a runway.

“But the blaze was extinguished before they arrived at the site of the fire.Firefighters from the airport’s own force remain on the scene.”

So I’m off to Bulgaria and the plane next to us is on fire. pic.twitter.com/xAhsPDQUHn