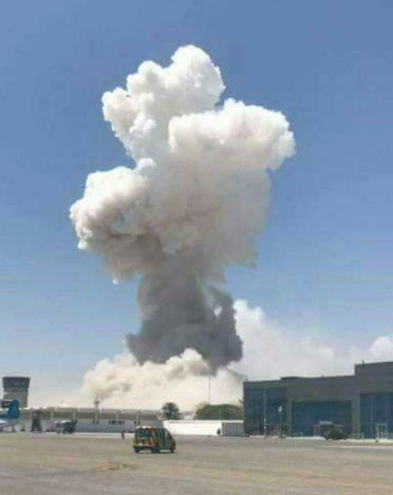 A suicide car blast targeted a Police checkpoint near airport, second blast occurred outside Peace Hotel that hosted IGAD meeting. Eyewitnesses said the blast was followed by gunfire, according to reports.

There was no immediate claim of responsibility for the attack. However, the al-Qaida linked Islamic extremist group al-Shabab often carries out such attacks.