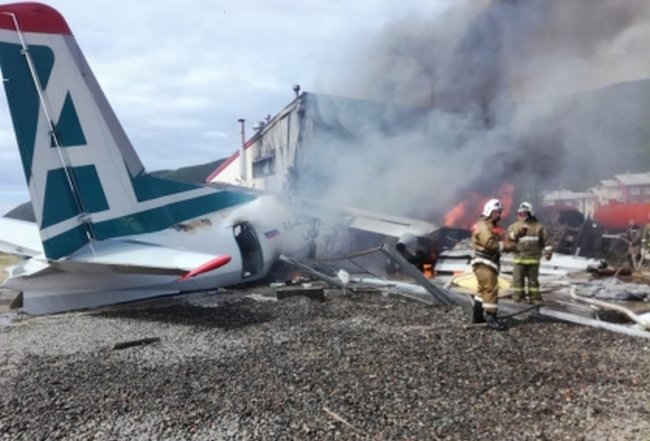 At least two people have died and over half a dozen are injured in Eastern Siberia following a crash landing of an Antonov An-24 twin turboprop airplane operated by Angara airlines.

The tragedy in Nizhneangarsk occurred after the plane skidded off the runway while attempting to make an emergency landing.

At least two crew members died in the crash, according to preliminary information, while at least seven other people were hospitalized. Another 43 people were rescued from the plane, which was headed to Ulan Ude.

“One of the engines failed when the plane took off. The crew took the decision to return to the airport,” a spokesman for the Russian republic of Buryatia, Aleksey Fishev, told Tass. “During landing the plane skidded 100 meters off the runway and collided with the sewage treatment plant, causing the aircraft to catch fire.”