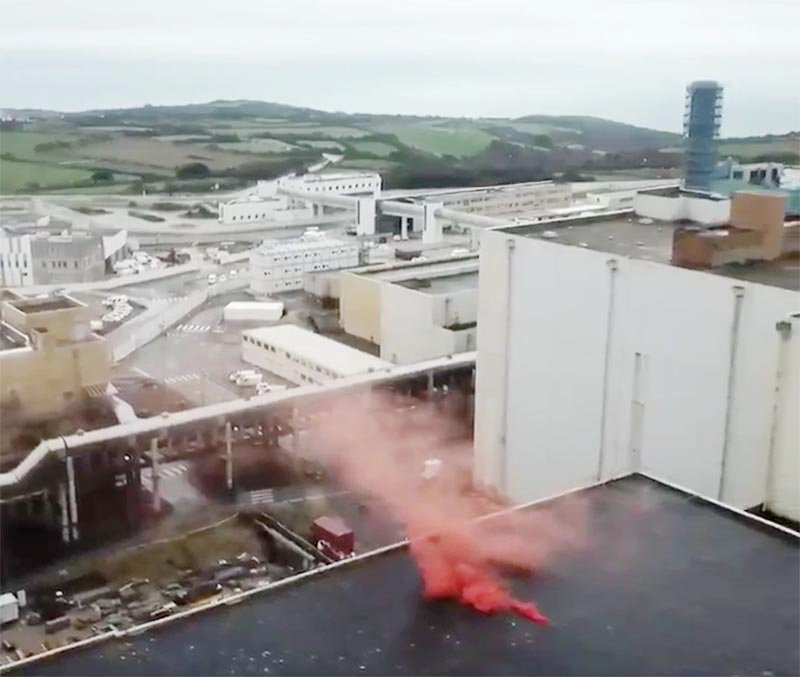 The action has been claimed by Greenpeace France: “Greenpeace has demonstrated, once again, that French nuclear facilities are not sufficiently protected against the risks of external aggression,” said Alix Mazounie.

The agency has published photos of the orange smoke deposited on the roof of one of the facilities.

Greenpeace regularly warns about the nuclear risk: “This building houses the equivalent of more than a hundred cores of a nuclear reactor, yet its roof, made of simple sheet metal, far too fragile to protect the pool filled with radioactive material”.

Orano group warned authorities and announced intention to file a complaint for intrusion.