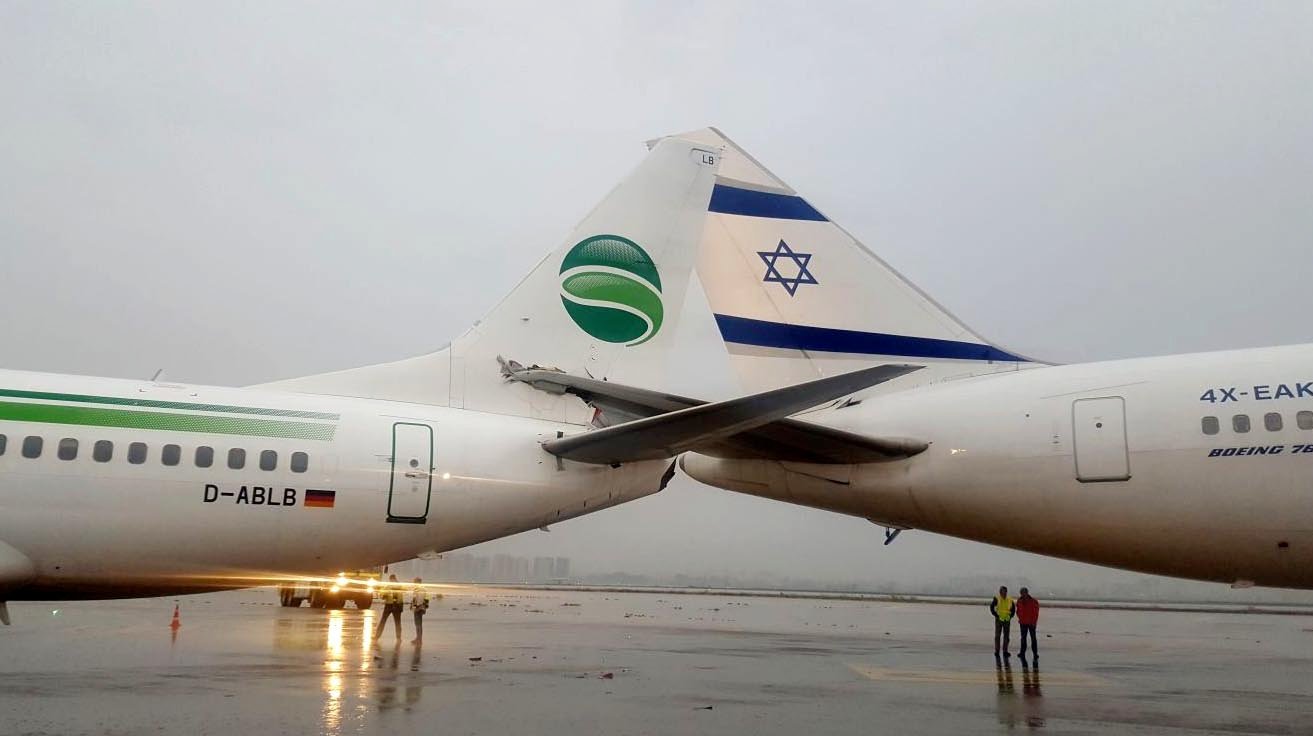 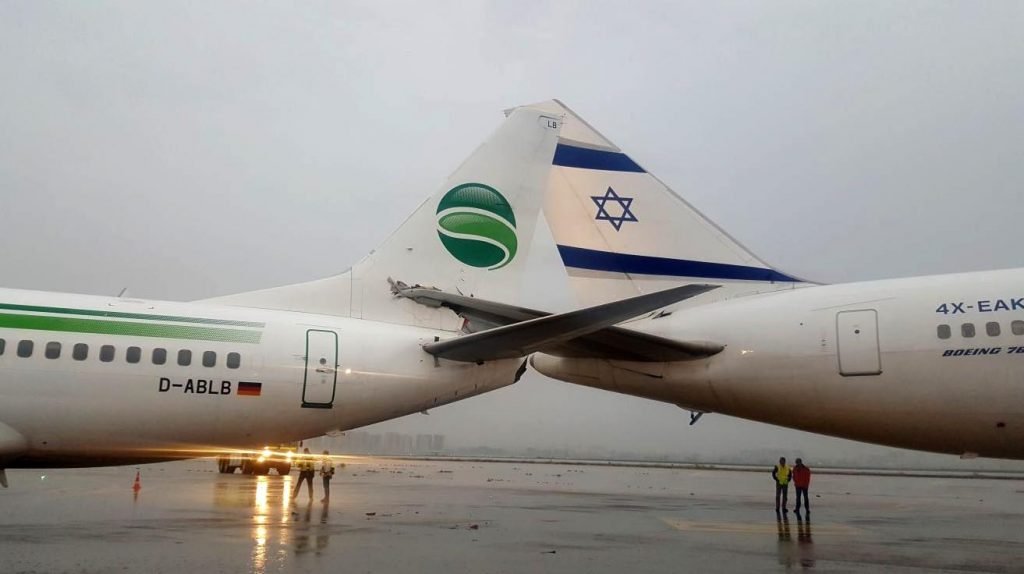 The German Boeing 737-700 (reg. D-ABLB) suffered severe damage to its vertical stabilizer, which was almost completely cleaved off with the Israeli Boeing 767-300 (reg. 4X-EAK) horizontal stabilizer.

Ofer Lefler, spokesman for the Israel Airports Authority, said “the incident is under investigation and further details will be given later.”

The chief accident investigator at the Transportation Ministry launched an investigation into the incident. 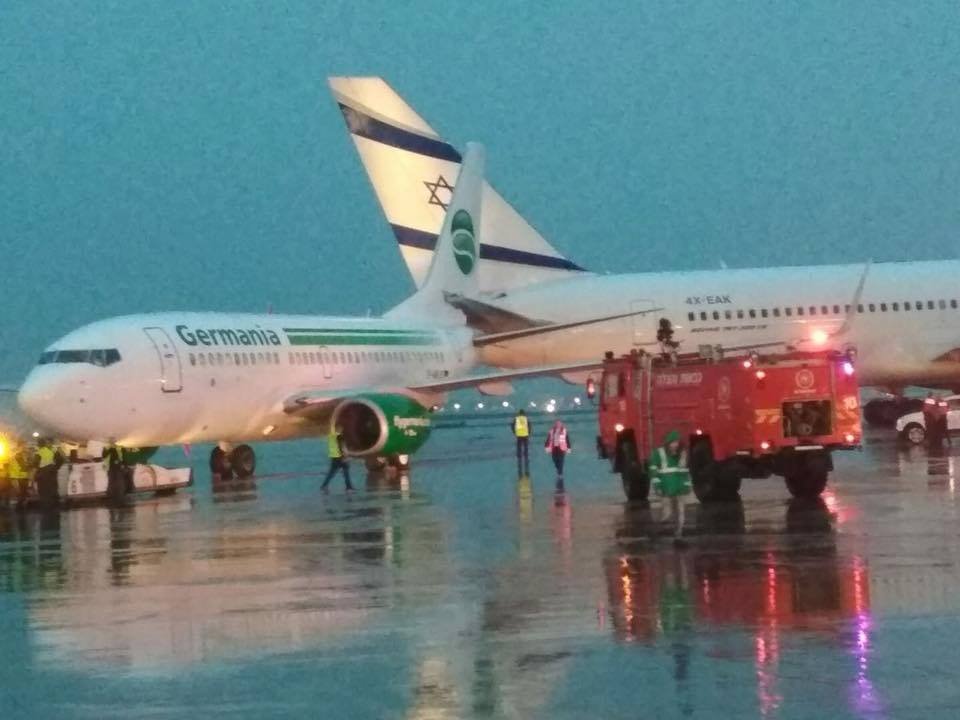 The person responsible for the incident is apparently the driver of the tow truck that took the German company’s plane from the terminal towards the route.

There were no casualties and all passengers were safely taken back to the terminal.