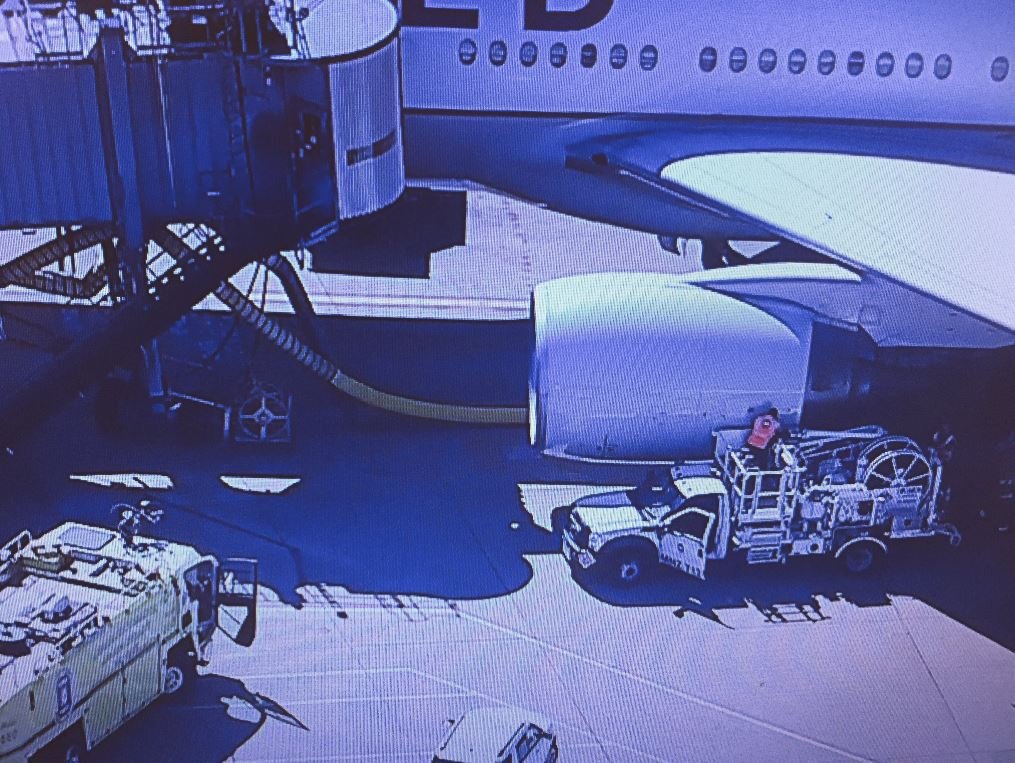 The truck struck a Boeing 777, which was parked at Gate D5.

No passengers were on board the plane at the time of the incident and no injuries were reported.

United Airlines released the following statement regarding the crash:

“The vehicle of a vendor servicing United 915 from Washington Dulles to Paris accidentally made contact with the Boeing 777 aircraft. No customers were onboard the aircraft when this occurred. The flight will experience a slight delay as we swap aircraft. We apologize to our customers for the delay.”