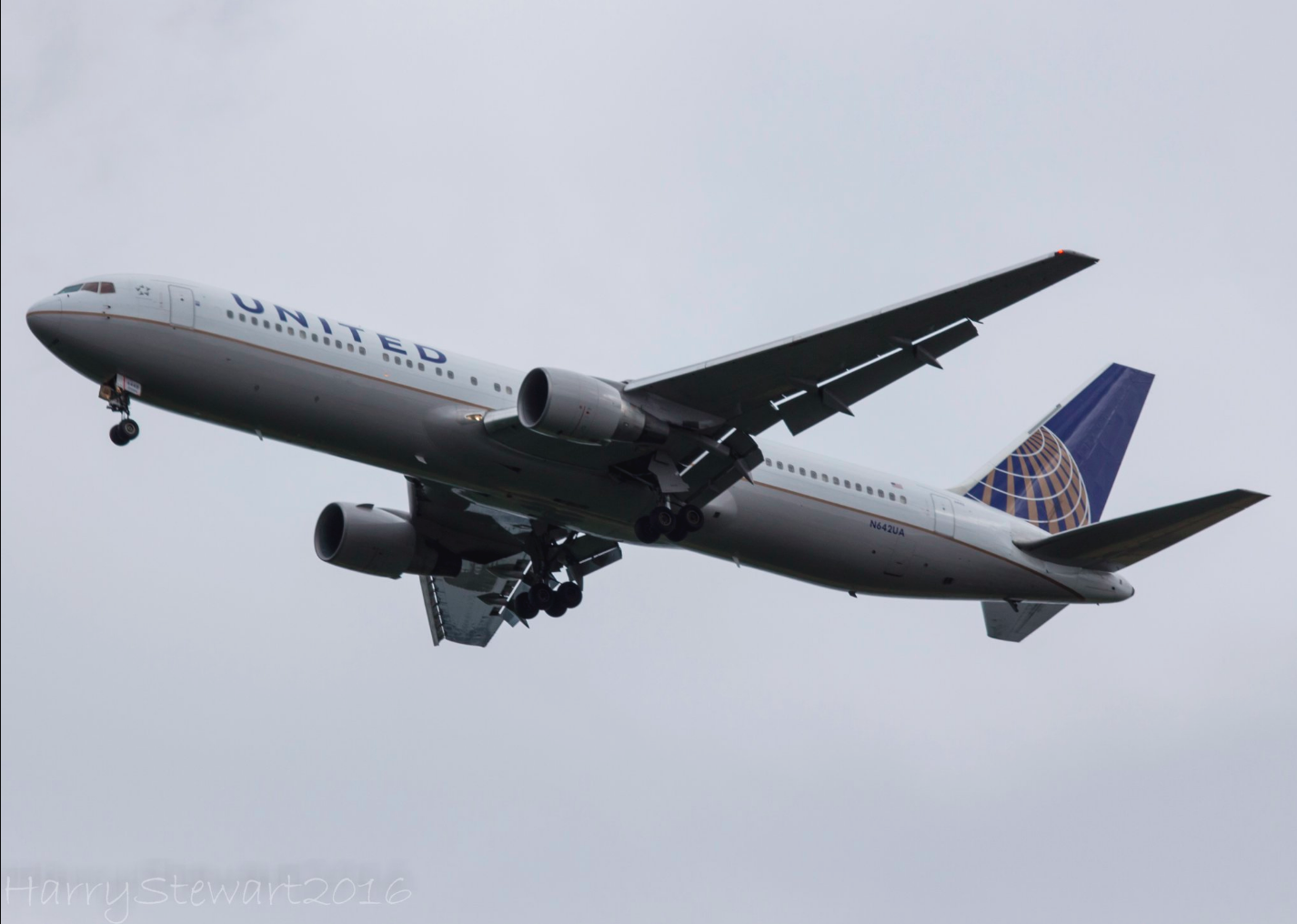 United flight UA929 Boeing 767-300 from London Heathrow to Chicago declared an emergency in north of UK due to fuel issue.