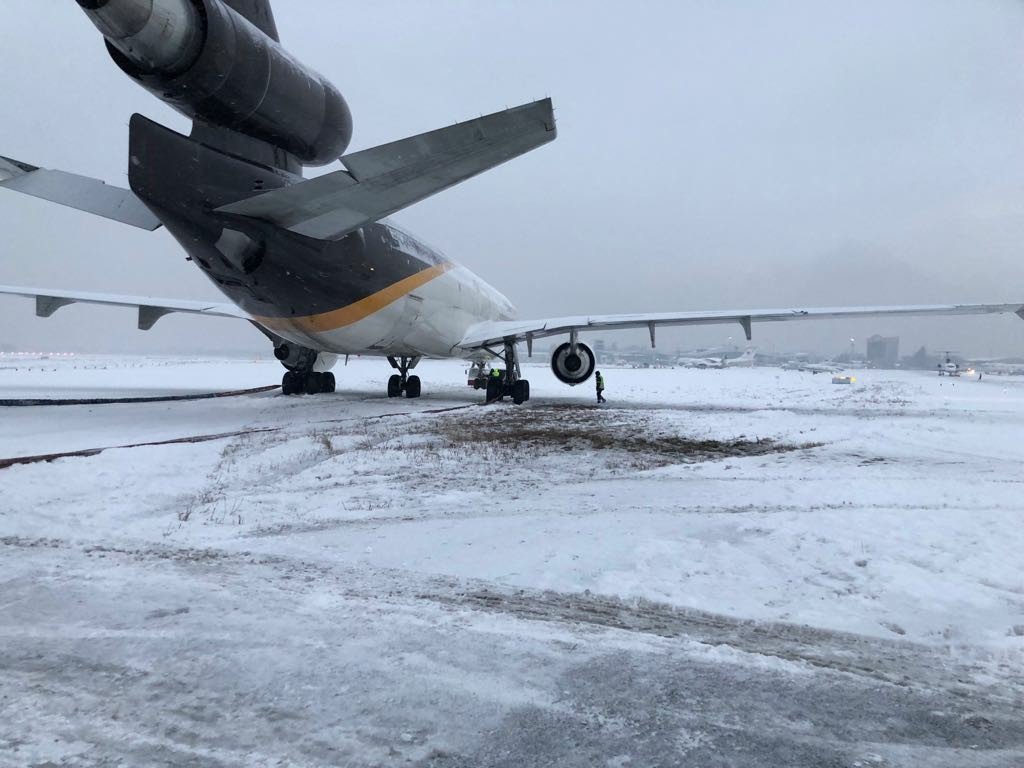 For a reason still unknown, instead of following green lights and the “follow me”, the aircraft didn’t turn right but continued to move 20 meters into snow and red lights at the end of runway.

The plane didn’t suffer any damage and will be pulled back on tarmac. 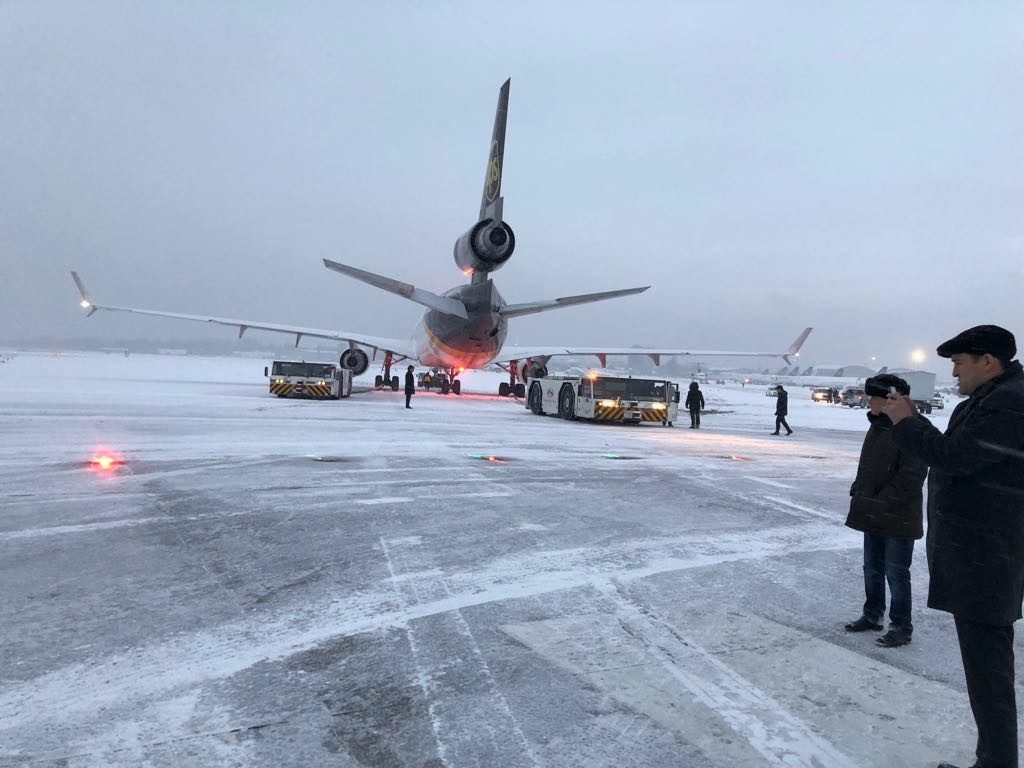 There was a snowstorm prior the landing. Port authority and the owner of the aircraft are investigating the incident.