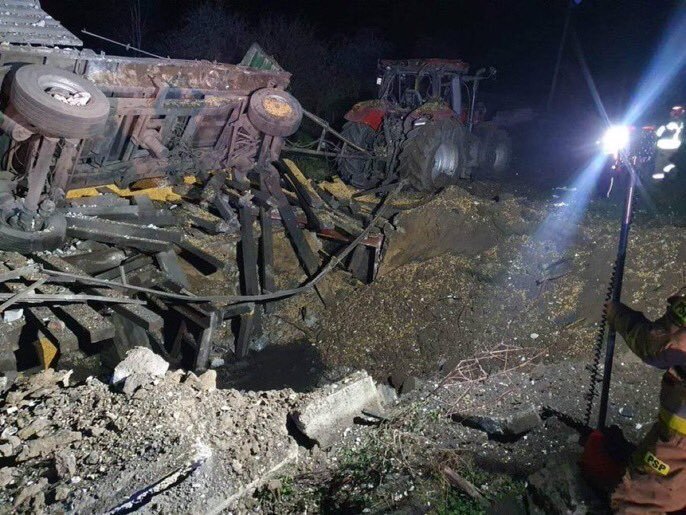 Two people have been killed in Poland after explosions hit a farm near the border with Ukraine in what is thought to be a botched Russian missile attack.

Twin explosions rang out this afternoon in Przewodów, a rural village located five miles from the Ukrainian border in south western Poland.

Ukrainian President Volodymyr Zelenskyy said Russian missiles had struck Poland and he had long warned that Russian actions were not limited to Ukraine.

The blasts came as Moscow launched fresh missile attacks across Ukraine today in what Kyiv said was the heaviest wave of missile strikes in nearly nine months of war.