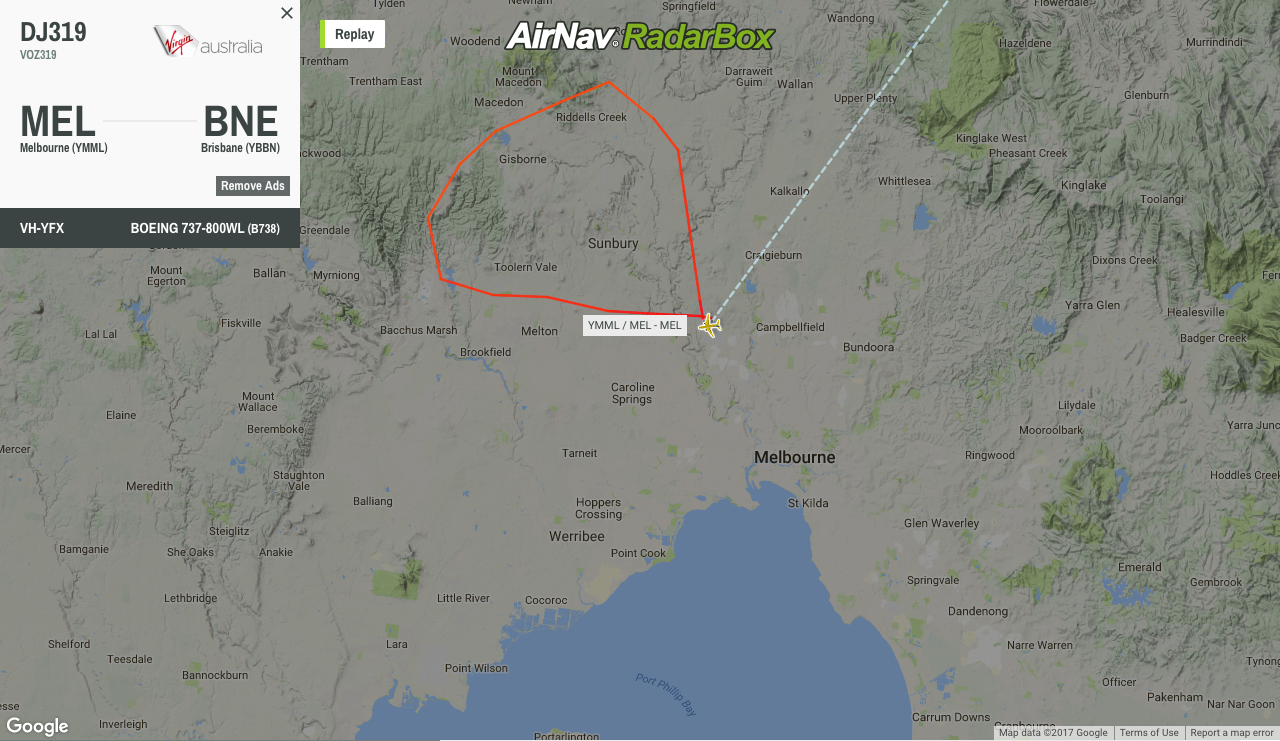 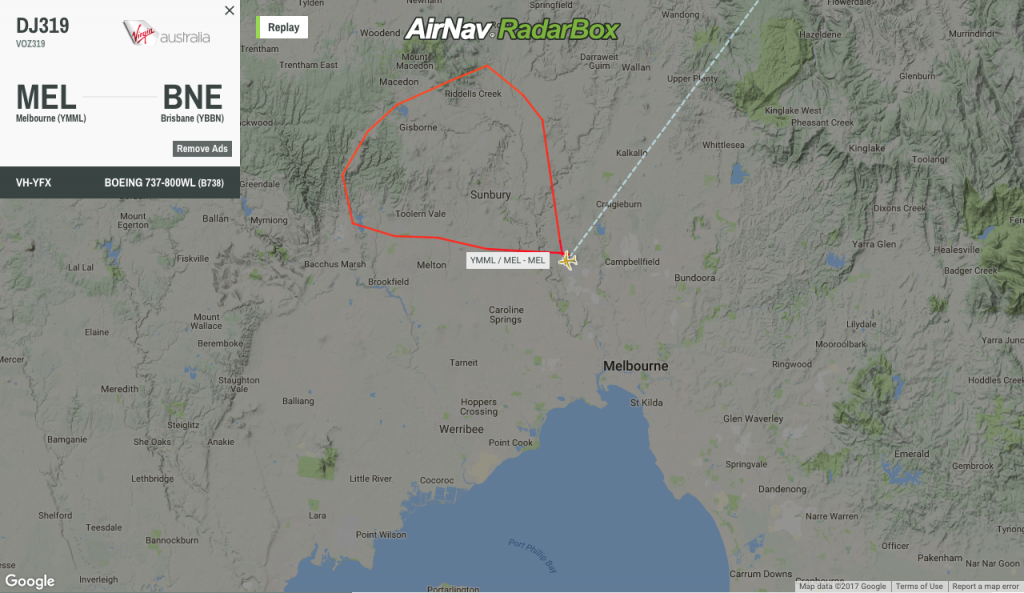 A Virgin Australia flight from Melbourne to Brisbane has declared an emergency and returned to Melbourne shortly after departure on Friday Morning.

Flight VA-319 departed off Runway 27 (RWY27) at 9:26am, climbed to only 4,600ft when the pilots noticed abnormal engine vibrations. The engine vibrations are believed to have come from engine #1 and the crew elected to return to Melbourne as a safety precaution.

The flight landed safely on RWY16 at 9:43am and was escorted to the bay by the ARFF.

The aircraft operating the flight was a Boeing 737-8FE with registration VH-YFX delivered in April 2017.

The aircraft is is currently being inspected by the ARFF and engineers.