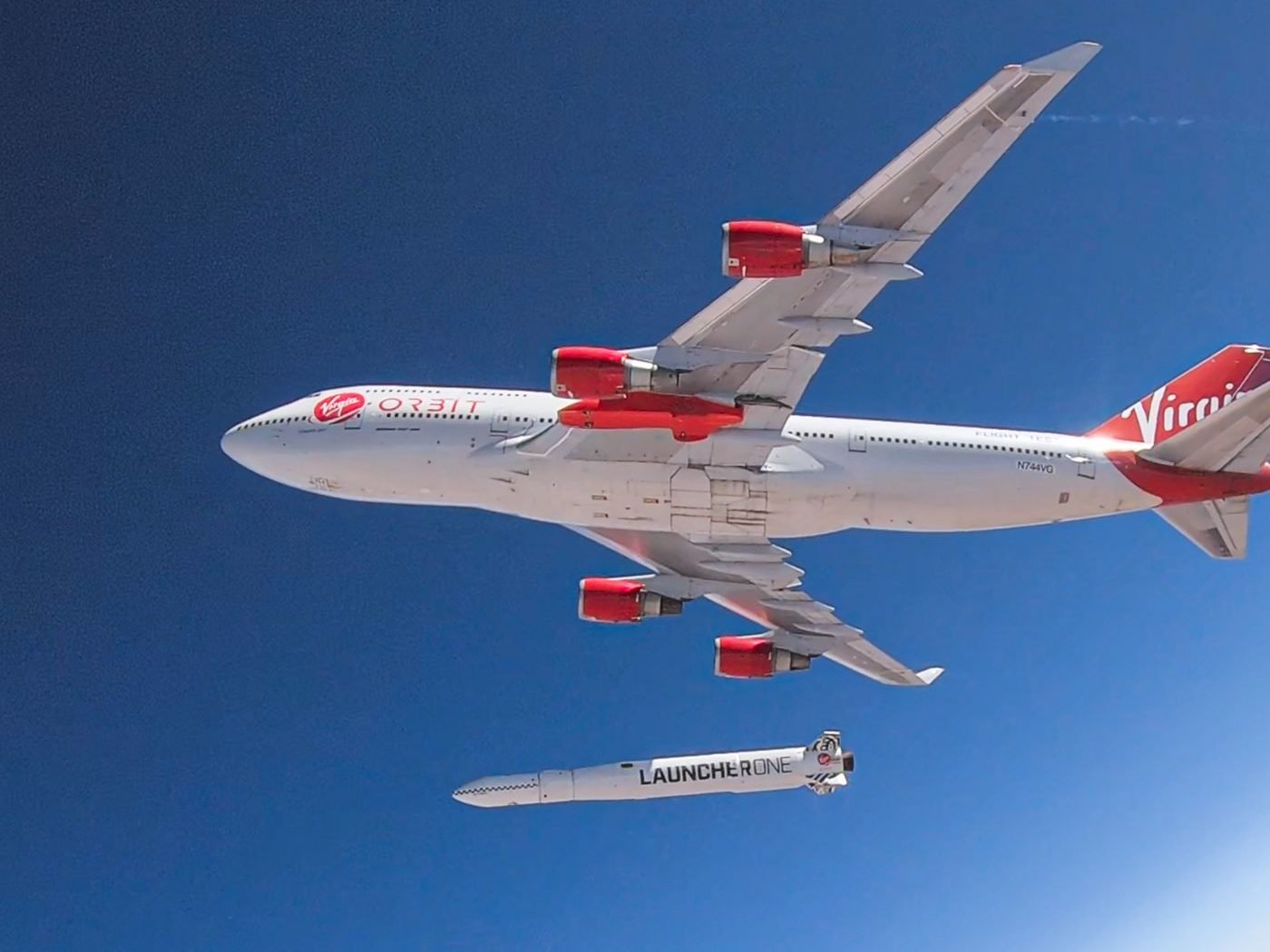 Virgin Orbit company has tried unsuccessfully to launch a rocket over the Pacific Ocean.

The booster was released from under the wing of the 747 which had been specially converted for the task.

The Launcher One should have ignited its engine seconds later but engineers had to terminate the flight.

It’s not clear at this stage what went wrong but the firm had warned beforehand that the chances of success might be in the region of 50:50.

Virgin Orbit tweeted: “We’ve confirmed a clean release from the aircraft. However, the mission terminated shortly into the flight. Cosmic Girl and our flight crew are safe and returning to base.”