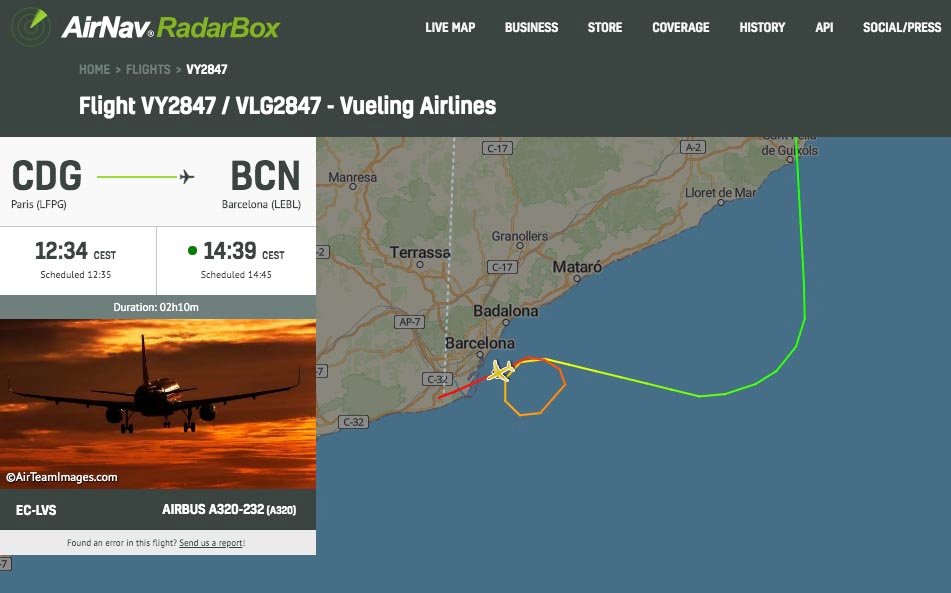 The Airbus A320 (reg. EC-LVS) had to divert to Barcelona after the French police informed the Spanish Guardia Civil of a possible bomb on board.

After landing, passengers and crew were immediately evacuated. All luggage was scanned. According to a French witness, the passengers were warned of the threat while they were still on the plane.

Finally, the Spanish security forces indicated that it was a false alert. Travelers will embark on another flight to Ibiza.