BREAKING Was the crash of Egyptair #MS804 related to an iPhone and an iPad in the cockpit? 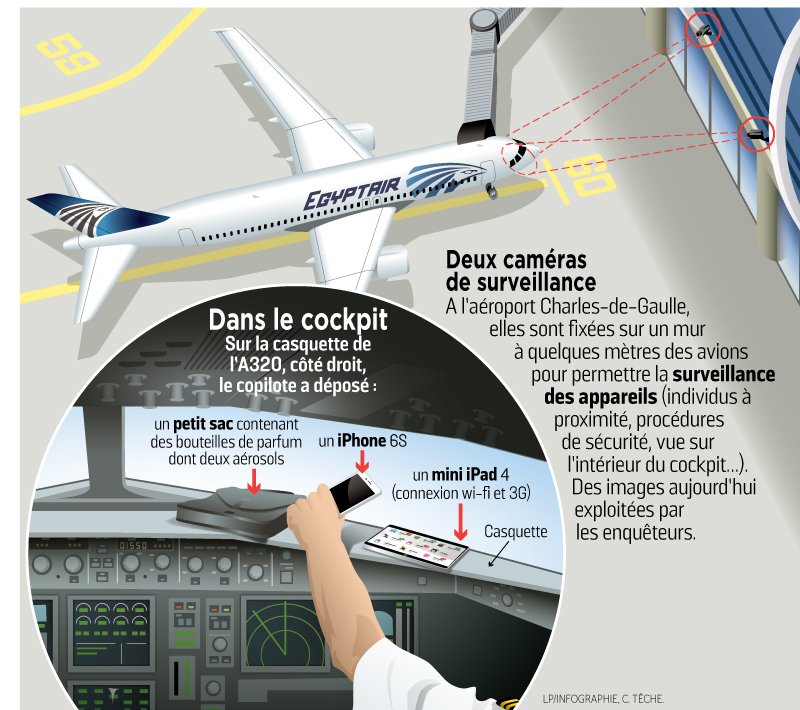 Investigators found a disturbing parallel between the initial alerts and the location of a phone and a tablet in the cockpit.

An iPhone 6S and an iPad mini 4 and four perfume bottles including two aerosols were in the cockpit. So many apparently innocuous objects that are at the heart of the French investigation about the crash of the Airbus of Egyptair #MS804 from Paris CDG which made 66 dead last May, in the Mediterranean Sea.

All these objects were placed on the right-hand corner of the cockpit, near the copilot window, at the exact place from which the first Acars messages were sent automatically reporting damage to the right side windows.

According to Le Parisien, all those details come from cameras that filmed the aircraft when it was still at the gate at Paris CDG just before taking off to Cairo.

Investigators now do not exclude risks of heating of these devices with lithium batteries.

This hypothesis of an “indirect link” between the presence of these electronic devices and the damage in the cockpit refers to Acars automatic alert messages. The first of these messages is 3044 ANTI ICE R WINDOW, followed in the same second of another message, 561200 R SLIDING WINDOW SENSOR followed by:

French BEA investigators are only considering a disturbing parallel between the devices powered by lithium batteries and the triggering of alerts during the flight on the right side of the cockpit.

“We haven’t been contacted by GTA or any authority investigating this tragic event. We have not seen the report but we understand there is no evidence to link this event to Apple products. If investigators have questions for us, we would of course assist in any way we can.

We rigorously test our products to ensure they meet or exceed international safety standards.”

“Firstly, pilots don’t leave objects on the dashboard because they know the they will end up in their lap when they take off or on the floor and they’ll get airborne in turbulence and could jam the controls.”

“Also, a phone bursting into flames just below the windscreen is a fairly spectacular thing to take place on a flight, and they would have told somebody on the ground. Nobody has mentioned this.