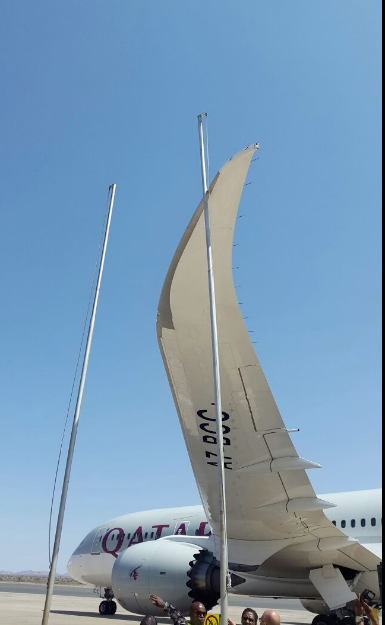 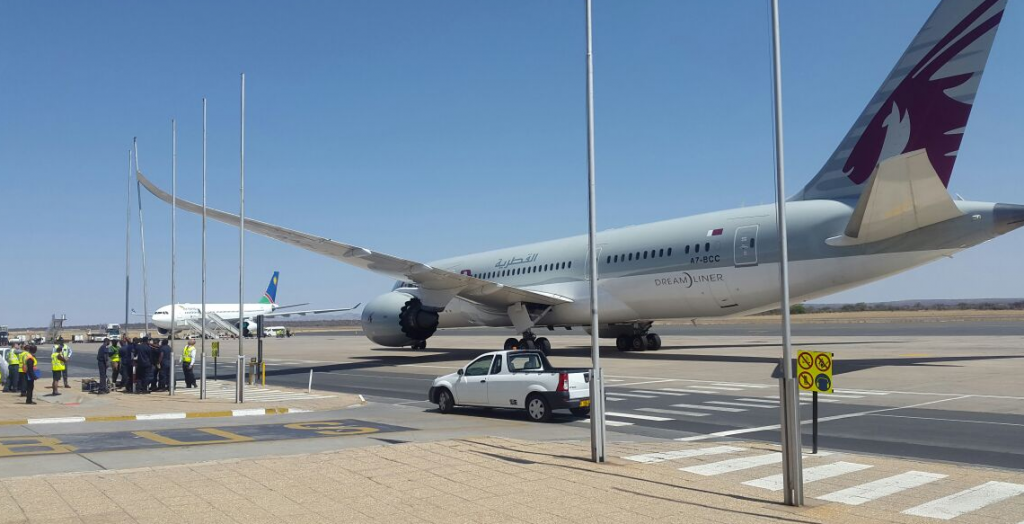 The wing of a Dreamliner clipped a mast during taxi in Windhoek Hosea Kutako International Airport (Namibia).

According to our information the Qatar Airways Dreamliner 787-8 (reg. A7-BCC) flight #QR1373 was taxiing when the tip of the wing clipped a mast.

The return flight #QR1374 to Doha is delayed until further notice.

Although details are sketchy, the development has resulted in an investigation being ordered by airport authorities.