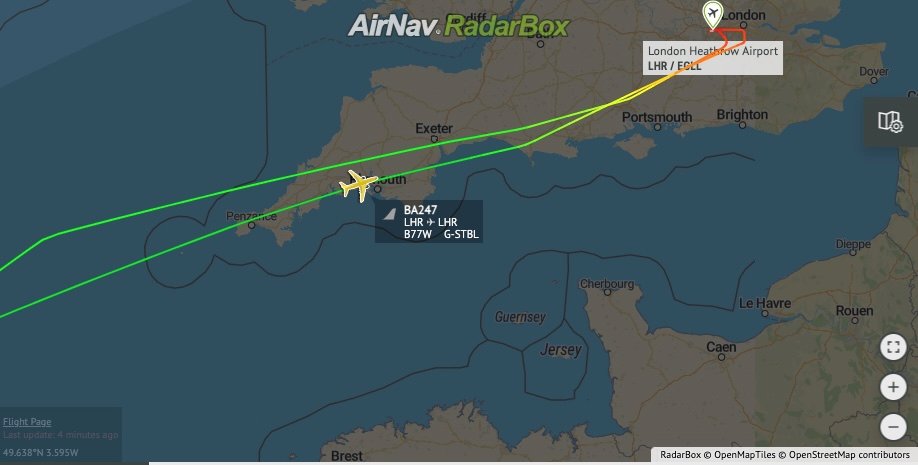 A British Airways flight had to turn around more than eight hours after it left Heathrow in the early hours of Wednesday.

Flight BA247 left for Sao Paolo at 3.49pm on Tuesday but, after eight hours and 37 minutes, was forced to turn around and head back for London.

The flight was carrying freight, according to British Airways, and had been suffering from a “minor technical issue”.

Flight data shows the Boeing-777 was cruising at more than 30,000ft when it encountered problems at around 7pm.

The flight was due to land at Sao Paulo Guarulhos International Airport at 23.45 UTC but never reached its final destination.

A British Airways spokesperson said: “Safety is always our priority, and after an indication of a minor technical issue our experienced pilots made the decision to return the freighter service to Heathrow as a precaution.”